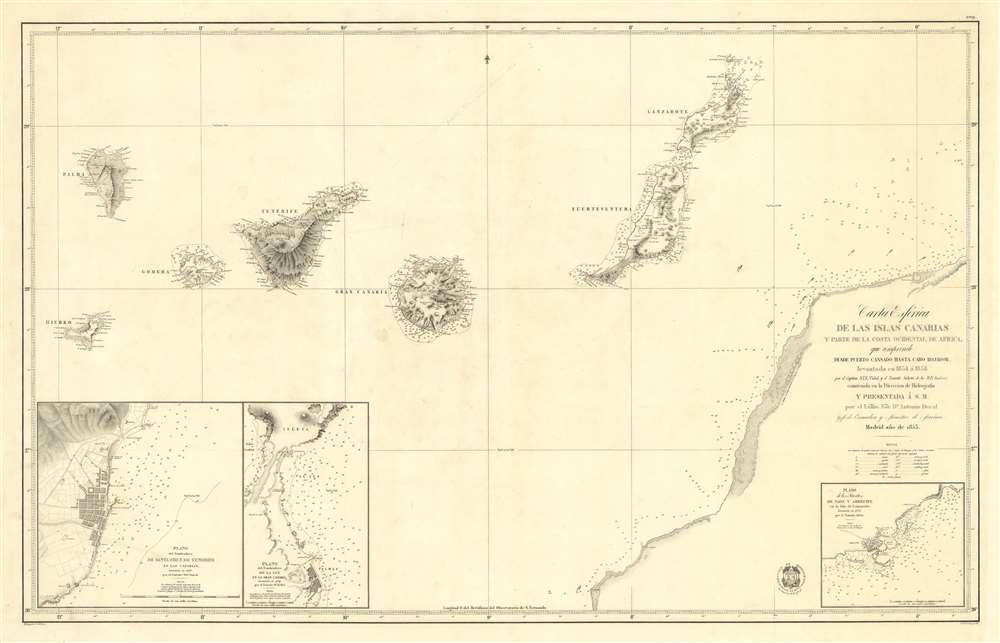 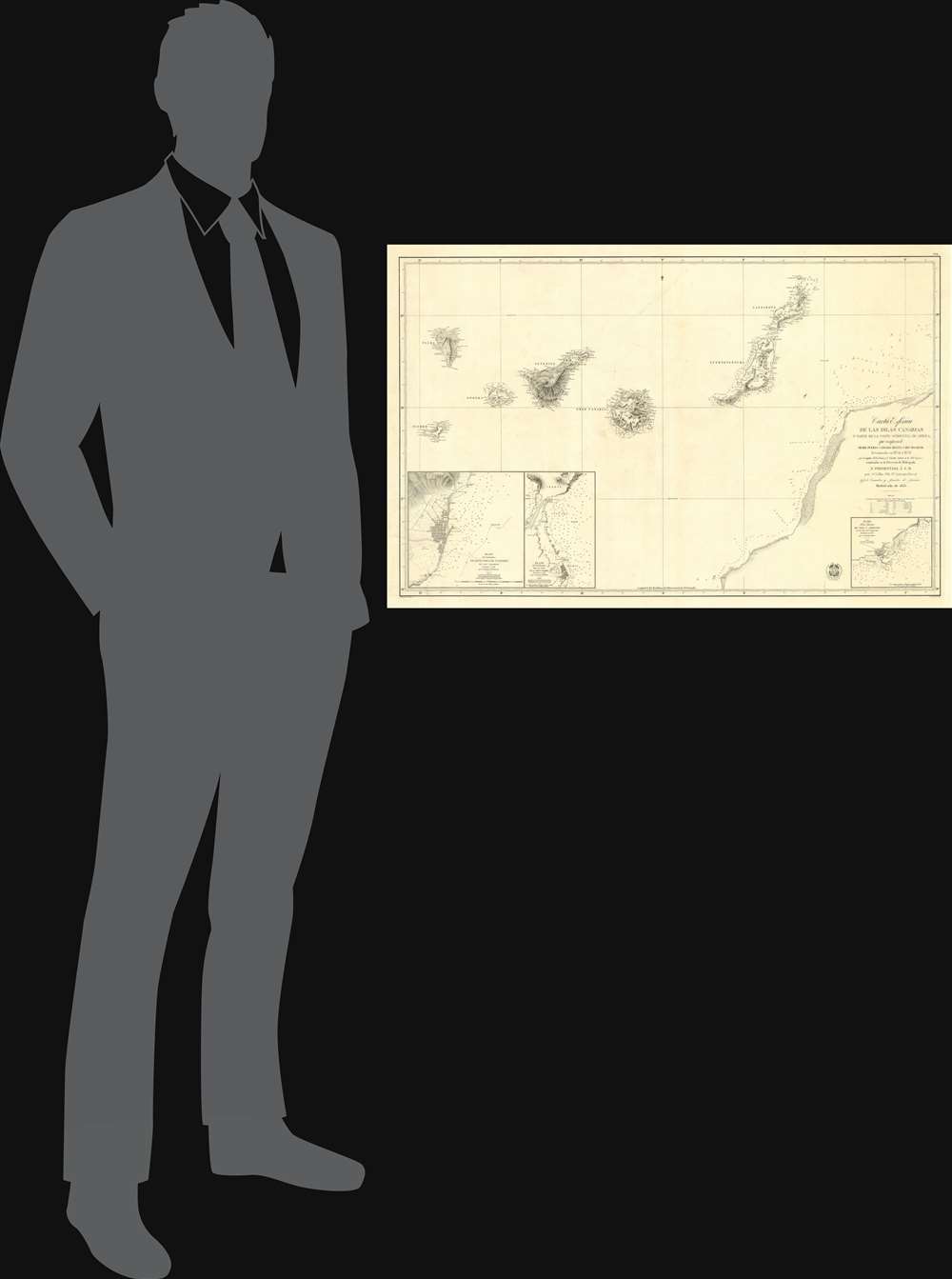 A stunningly engraved 1853 nautical chart or maritime map of the Canary Islands and the coast of Africa in the vicinity of Cape Bojador. Inset maps detail the important Canary Islands ports of Santa Cruz de Tenerife and Palmas. The Canary Islands were significant to mariners from the 15th through the 19th centuries, when they were considered a vital stopover point and bridge between four continents: Africa, North America, South America and Europe.

Although it may not look intimidating on a map, Cape Bojador had long been stumbling block in the European exploration of Africa. Winds change dramatically at this point, blowing strongly from the northeast, as shown here, and there are numerous shoals, sand bars, and rocks near the surface. Until 1434, no European ship had made it past the cape. In that year the Portuguese mariner Gil Eanes broke with the tradition of hugging the coast and sailed further out to sea to round the cape, thus finding more favorable winds and deeper waters. Knowledge of how to round Cape Bojador was a major breakthrough for the Portuguese, ultimately leading to Bartolomeu Dias' 1488 rounding of Africa and Vasco de Gama's opening of maritime trade with the Indies. Nonetheless, Cape Bojador remained a dangerous stretch of sea, with more than 30 shipwrecks recorded between 1790 and 1806.

This chart was published in 1853 by the Direccion de Hidrografia in Madrid based upon the cartography of A. T. E. Vidal and Lieutenant Arlett, both of the ship R. R. Inglesa. It was drafted by Francisco Bregante y Orbay and engraved by Pascual Serra y Mas. We are aware of only one edition.

Considerably rare. Examples are recorded at the University of Wisconsin, the Museu Marítim de Barcelona, the Biblioteca de Catalunya. No record on the private market.

Very good. Some pencil annotations relating to an 1864 voyage.