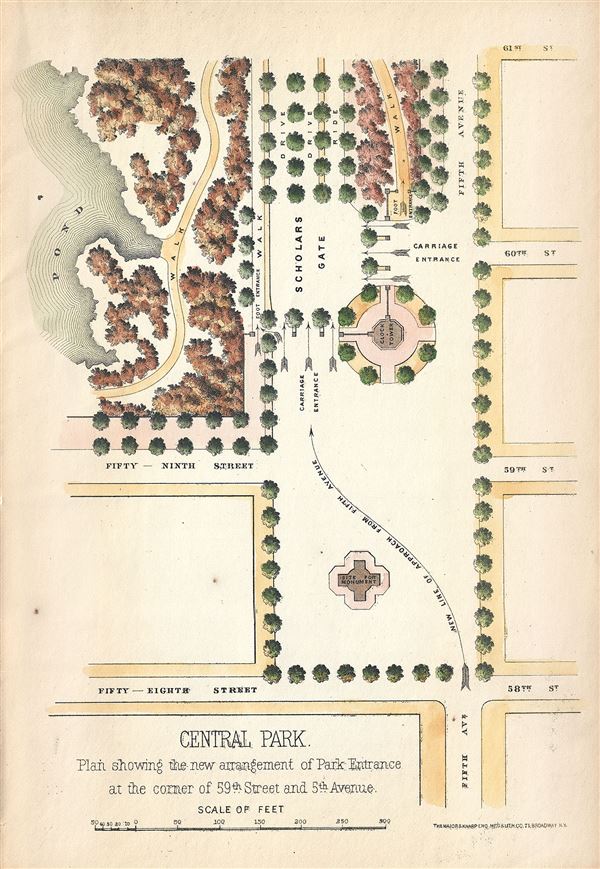 This is a beautiful and unusual little map of the southeastern corner of New York City's Central Park prepared and printed for inclusion in the 1867 Tenth Annual Report of the Board of Commissioners of the Central Park. It depicts from 61st Street south to the intersection of 58th street and 5th Avenue and shows the planned ornamentation and redirection of traffic to accommodate the park drives. It shows the clock tower, the then proposed monument that now sits in front of the former Plaza Hotel and Bergdorf Goodman. Also depicts the locations of trees, the ponds, and various walkways. A nice little map of one of the poshest part of Manhattan, Grand Army Plaza.