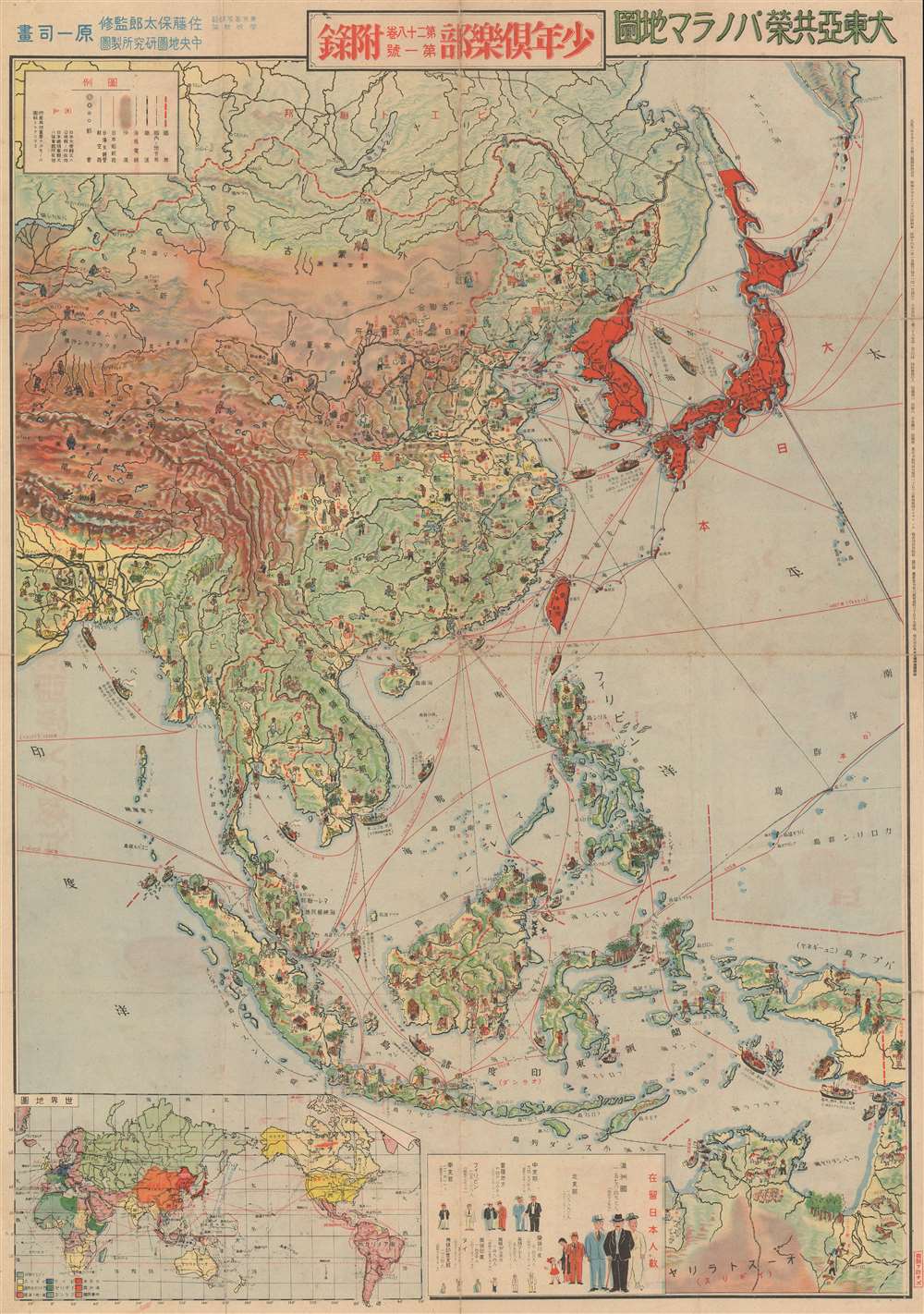 This is a rare 1941 Showa 16 World War II manga style map of East Asia by the Japanese cartoonist Kato Takashiro (加藤隆四郎) and educator Yasutarō Satō (佐藤保太郎). Published by the Japanese Youth Club, the map illustrates all of East Asia, Southeast Asia, and the East Indies, extending from Mongolia to Australia and from Burma to the Philippines and New Guinea. The map employs cartoonish figures to celebrate Japanese expansionism throughout the region and highlights the grand vision of the Greater East Asian Coprosperity Sphere.

By early 1940, when this map was issued, Japan had successfully expanded into Korea, Taiwan, Manchuria, and parts of China. They had also established a high-pressures alliance with Thailand that allowed them to move their troops through the Kingdom. Although predating the major invasions into French Indochina, Malaysia, Singapore, and the Philippines that would follow in 1941 and 1942, the message of this map is clear – a vast network of shipping and resources with one purpose – to supply Imperial Japan.

This map was published as an addendum to the Japanese Youth Club magazine Vol. 28 No. 1. It was drawn by Kato Takashiro (加藤隆四郎) under the direction of Yasutarō Satō (佐藤保太郎). This map was originally published in 1940 or Showa 15, but this edition was printed in 1941 or Showa 16.