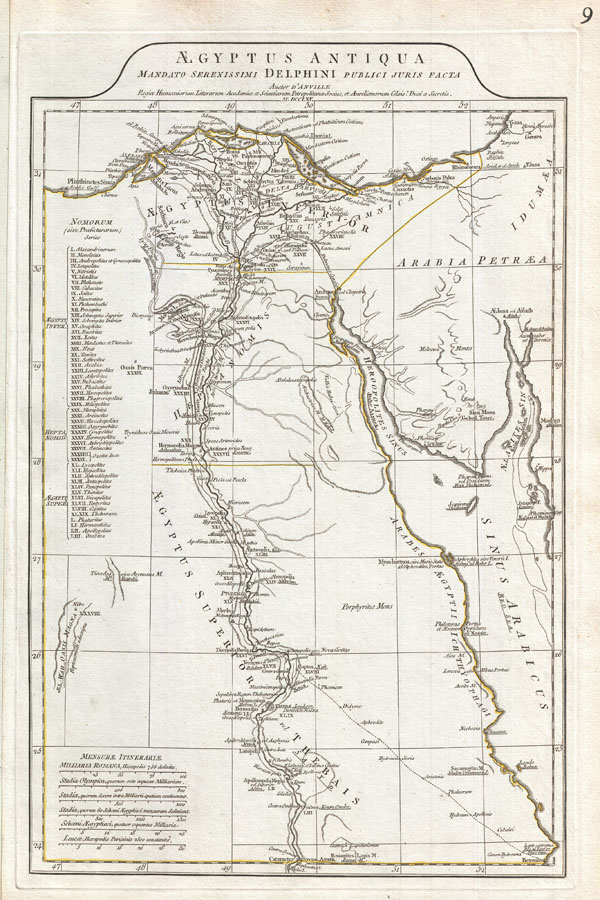 A large and dramatic 1794 J. B. B. D'Anville map of Ancient Egypt Covers from the Nile Delta and Gaza south as far as Aswan. Details mountains, rivers, cities, roadways, and lakes with political divisions highlighted in outline color. Features both ancient and contemporary place names, ie. Thebae and Luxor, for each destination - an invaluable resource or scholars of antiquity. Identifies the Pyramids, Mount Sinai, Natron, Philae Island, the Cataracts, etc. Title area appears in a raised zone above the map proper. Includes six distance scales, bottom left, referencing various measurement systems common in antiquity. Text in Latin and English. Drawn by J. B. B. D'Anville in 1762 and published in 1794 by Laurie and Whittle, London.