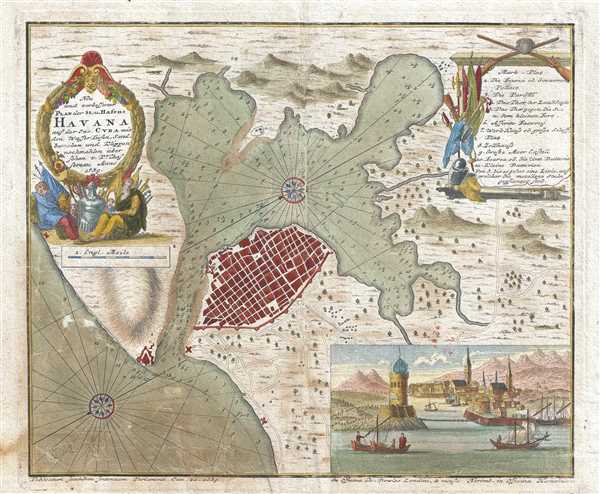 This is a 1739 Bowles map of Havana, Cuba. The map depicts the city of Havana, Havana Harbor, and the surrounding area. Depth soundings are given throughout the harbor and two beautifully colored compass rose are illustrated. Eleven different locations are numerically identified and a table bearing the names is in the upper right corner. An elaborate title cartouche sits in the upper left corner. A view of Havana and the harbor is depicted in the lower right corner.

This map was printed in London by the Bowles publishing house and by Homann Heirs in Nuremberg in 1739.