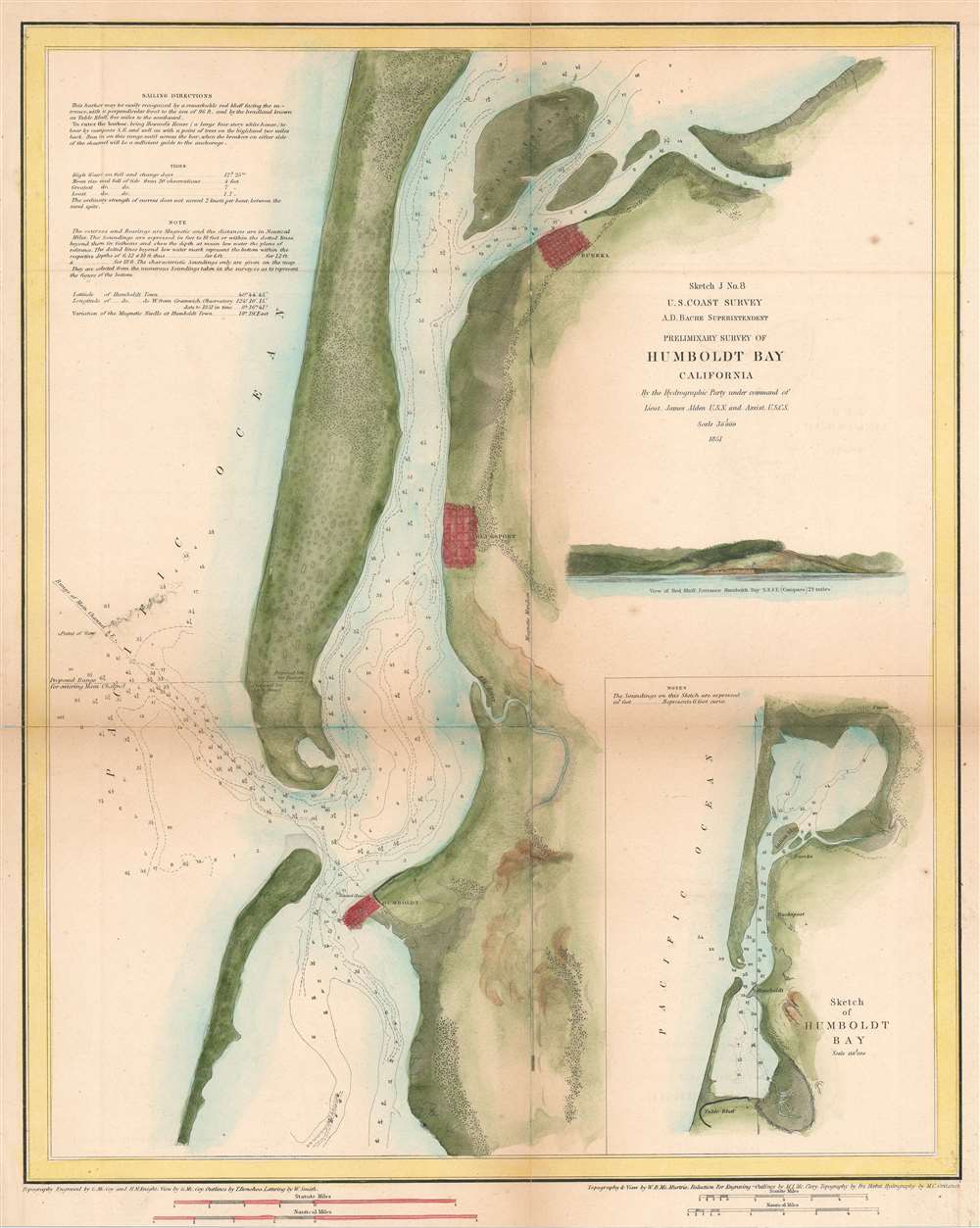 This is an attractive 1851 coastal map or nautical chart of Humboldt Bay, California issued by the U.S. Coast Survey. It covers from Indian Island and Samoa south to Fields Landing. The cities of Eureka, Humboldt, and Bucksport are detailed along with other inland features. An inset in the lower right features a sketch of Humboldt Bay with an elevation profile of Red Bluff Entrance. The chart features numerous depth sounding, sailing directions, and other practical information for the mariner.

This chart was created in 1851 under the Supervision of A. D. Bache, the most influential leader of the Coast Survey, and published in the 1851 Report of the Superintendent of the United States Coast Survey.

Very good. Even overall toning. Backed on Archival Tissue.
Looking for a high-resolution scan of this?