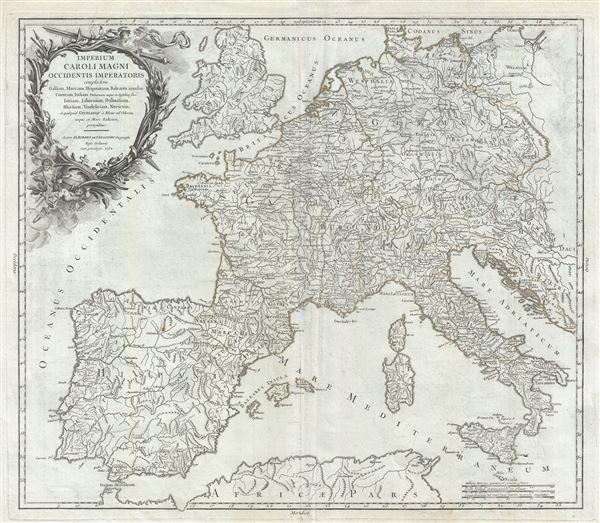 This is a beautiful 1752 map of Europe and the Empire of Charlemagne by Robert de Vaugondy. It covers Europe and the European Empire of Charles the Great from England south as far as northern Africa and from Portugal to the Baltic Sea in the east. The map is highly detailed, noting several towns, rivers, islands and other topographical details.

Rumsey 3353.012. Pedley, Mary Sponberg Belle et Utile: The Work of the Robert de Vaugondy Family of Mapmakers, 93 state 2.
Looking for a high-resolution scan of this?