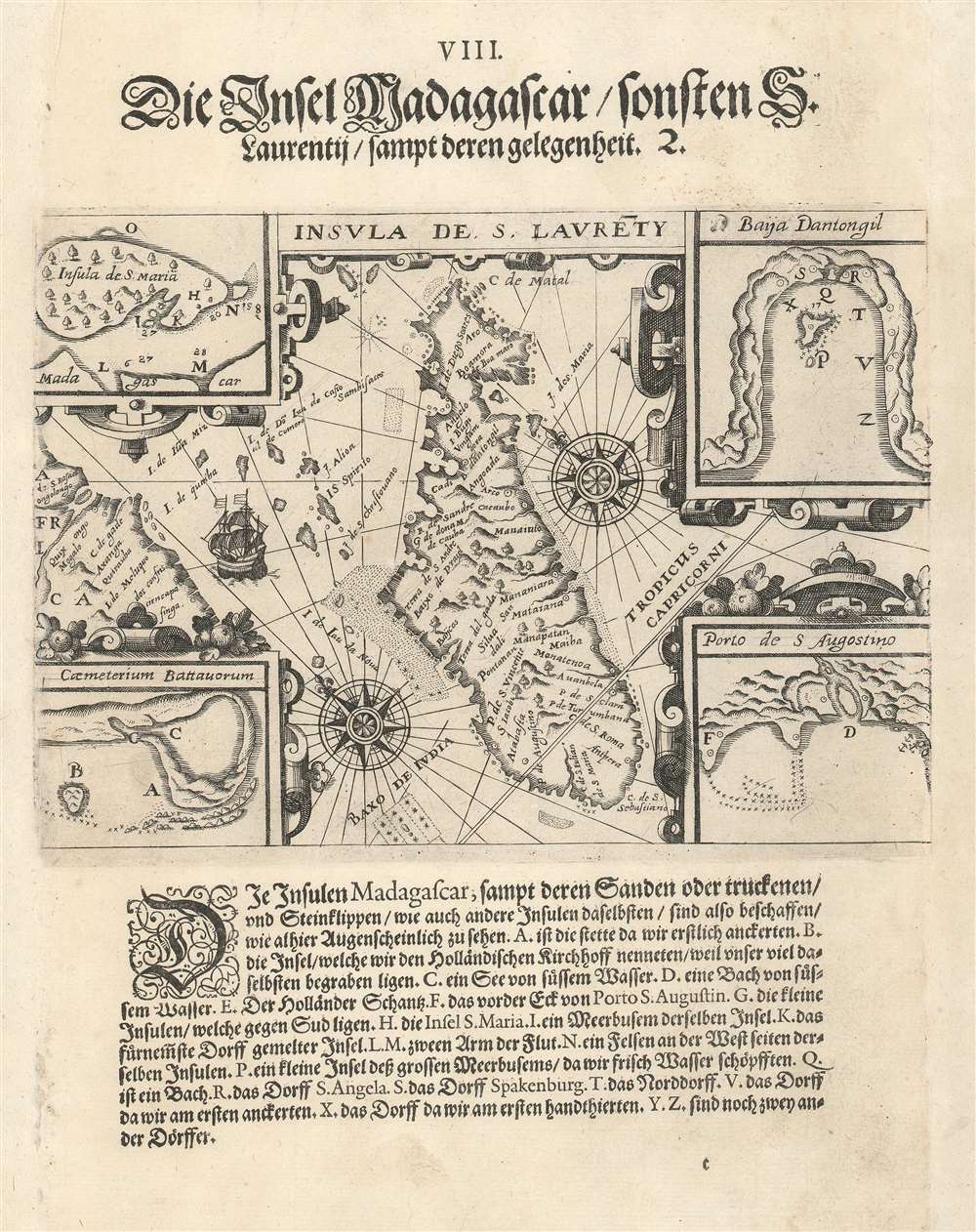 A 16th century map of Madagascar based on information from the first Dutch expedition to the East Indies.
$400.00

This is a 1599 Theodor de Bry map of Madagascar. The map depicts the entire island from the southwest with the African coast illustrated along the left side. Numerous locations throughout the islands are labeled, as are several smaller islands situated between Africa and Madagascar. Two wind roses appear on either side of Madagascar and the Tropic of Capricorn passes through the island's southern quarter. Four inset maps appear in the maps four corners and illustrate Santa Maria Island, the Coromos Islands, Dantogil Bay, and Saint Augustine Harbor. Nineteen different locations within the inset maps are alphabetically identified and correspond to a key located below the map.

During the 17th and 18th century, Madagascar was a haven for pirates operating in the Indian Ocean. When people think of piracy, the Caribbean immediately springs to mind, with images of pirates attacking Spanish gold convoys off the coast of Florida. This, of course, led to an extremely strang Spanish, French, and British naval presence in the region, which made piracy much more hazardous. Madagascar proved to be a safe haven for pirates because it was close to the trade routes of the Red Sea and Indian Ocean, had plentiful sources of produce and fresh water, was inhabited by friendly natives, had sheltered harbors, and was far from European powers, so there were few laws. At one point in the late 1600s had over 1,500 pirates living on Madagascar, and the Ile Saint Marie (depicted in an inset in the upper left corner) was a particularly popular base for pirates. Thomas Tew, Henry Every, and William Kidd are among the infamous buccaneers that sortied from Madagascar.

This map was created by Theodor de Bry and published in 1599.