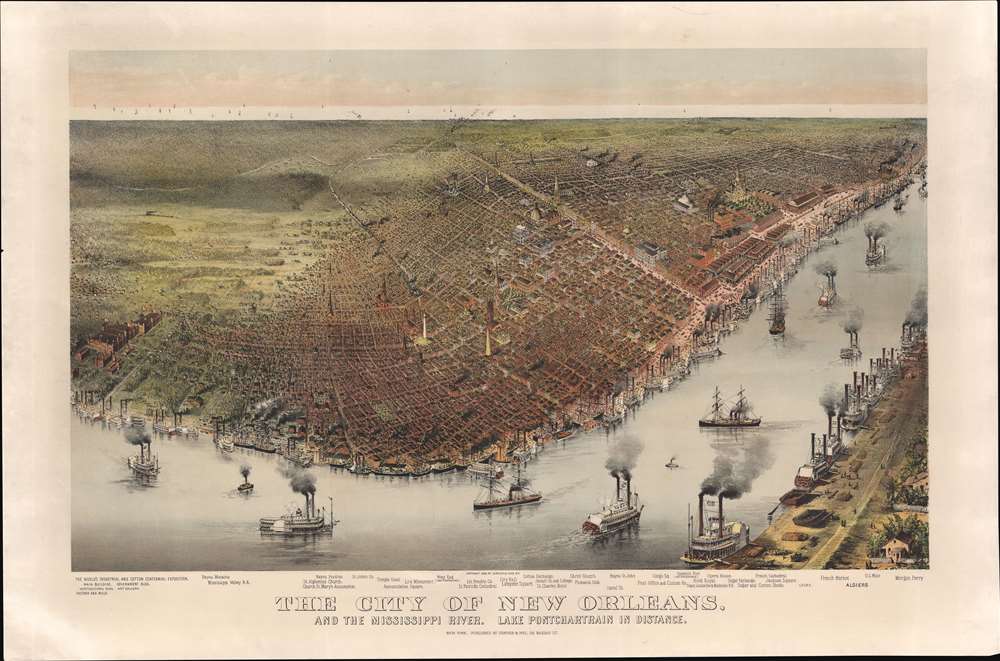 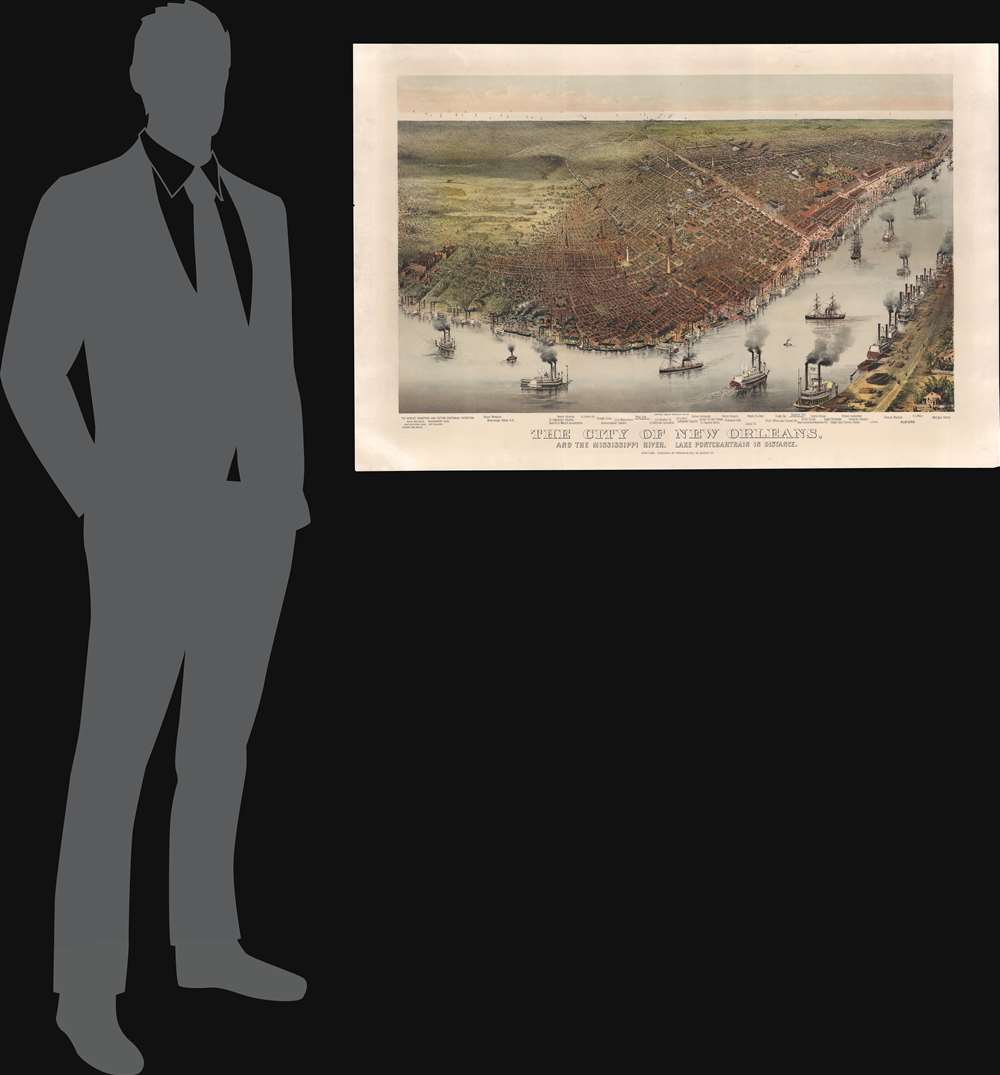 This is a rare 1885 Currier and Ives chromolithograph bird's-eye view of New Orleans. Unlike earlier views of New Orleans, this unusual view focuses attention southwest of the French Quarter towards the Garden District and extends west far enough to include Audubon Park. This is significant, as the view was issued to celebrate the 1884 - 1885 Industrial and Cotton Centennial Exposition, the campus of which appears at the far left. In the foreground the Mississippi waterfront bustles with classic paddlewheel riverboat traffic, while in the distance, Lake Pontchartrain lines the horizon. In general, the vertical perspective has been somewhat exaggerated to highlight the tallest and most impressive buildings.

The Industrial and Cotton Centennial Exposition was a World's Fair held in New Orleans at Audubon Park between December 16, 1884 and May 1885. It was the first world's fair to be held in New Orleans, and was proposed by the National Cotton Planters Association to celebrate the 100th Anniversary of the cotton industry in America. The fair was promoted as an opportunity to demonstrate how well cotton manufactures adapted to Reconstruction with new technology and infrastructure. New Orleans backed the exposition in earnest, cleaning up the streets, installing new buildings, and developing the thirty-three-acre campus at Audubon Park, southwest of the French Quarter. When it opened, the exposition's largest building was also the country's largest building, and the Horticultural Hall was the world's largest greenhouse. The exposition was nonetheless poorly managed. Bidding for vendors did not open until September 1884, meaning that many could not get set up in time for the opening events. More embarrassingly, the organizer, Edward Burke, was accused of fraud shortly after the fair closed and fled to Honduras. Despite receiving some 1,000,000 visitors, the fair itself closed deeply in debt. Even so, although failing financially, it succeeded culturally, accelerating urbanization and modernization in New Orleans and inaugurating an era of prolonged growth.

This view was published by Currier and Ives of New York in 1885 for the World's Industrial and Cotton Centennial Exposition. We are aware of three other surviving examples: A somewhat mangled example at the Library of Congress, another at the Historic New Orleans Collection, and a third in private hands. The view has appeared at auction several times, but it was reproduced in the 1980s and most examples appearing at auction, upon close inspection, have turned out to be from this reissue. The present example is the original five-color chromolithograph issue. Rare.