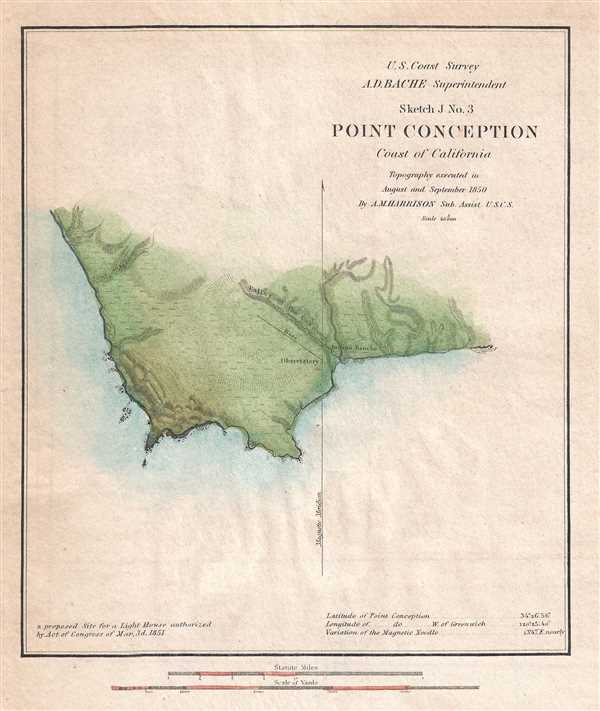 This is an 1851 U.S. Coast Survey chart or map of Point Conception on the California Coast, where the Santa Barbara Channel meets the Pacific Ocean. The map is beautifully detailed and illustrates some inland features, including the Valley of the Cove and Indian Ranche. The proposed site for the lighthouse authorized in 1851 is also noted, which would become the Point Conception Light built in 1856 and would later be moved to its current location in 1881. The topography on this chart was executed in 1850 by A. M. Harrison.

This chart was compiled under the direction of A. D. Bache, Superintendent of the Survey of the Coast of the United States and one of the most influential American cartographers of the 19th century.