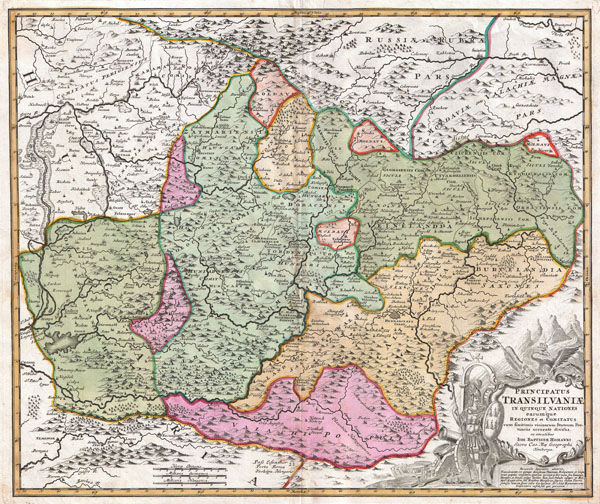 A striking example of J. B. Homann's c. 1716 map of Transylvania. Covers what is today the northern part of Romania from the Bereton River eastward as far as Castle Boza. Color coded according to district with superb detail through. Notes villages, cities, forests, rivers, monasteries, castles, and lakes. Shows only one major city, Hermannstadt or Sibiu. Large decorative military themed cartouche in the lower right quadrant. Prepared by J. B. Homann for issue in this important c. 1720 Grosser Atlas.