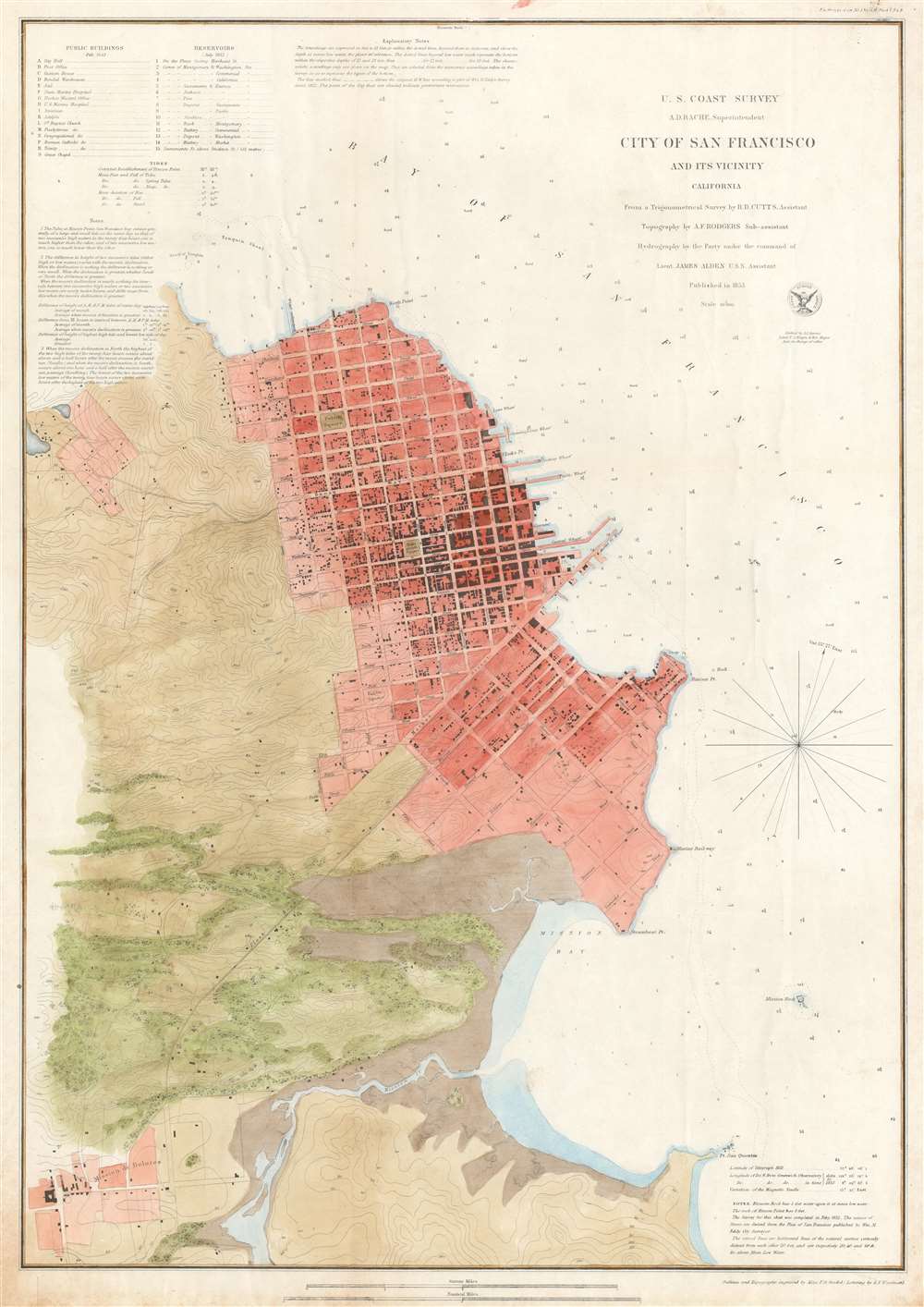 This is an 1853 U.S. Coast Survey nautical chart or maritime map of San Francisco, California and its immediate vicinity. The San Francisco Peninsula dominates nearly two-thirds of the map, which depicts the region from the Mission de Dolores to San Francisco Bay and from Tonquin Shoal north of the city to Point San Quentin. The city itself is illustrated in detail. Major streets are labeled, and myriad individual buildings are included as well. Numerous wharves are identified. Sixteen locations within San Francisco, including City Hall, the Custom House, and several churches are labeled alphabetically, as are fifteen reservoirs, which are noted numerically, all of which correspond to a key situated in the upper left corner. The Plank Road is present and stretches from San Francisco to the Mission de Dolores. The peninsula's topography is illustrated in detail using contour lines. By contrast, San Francisco Bay has a striking lack of detail, with relatively few depth soundings indicated. Notes concerning the tides are included along the left border and supplementary notes concerning navigational hazards and the survey of San Francisco are situated in the lower right corner.

This map was compiled under the supervision of Alexander Bache, the Superintendent of the Coast Survey, from data collected by R.D. Cutts, A.F. Rodgers, and a party under the command of Lieutenant James Alden. The map was engraved by Max. F.O. Strobel and E.F. Woodward and published by the U.S. Coast Survey in 1853. It is well represented in institutional collections.