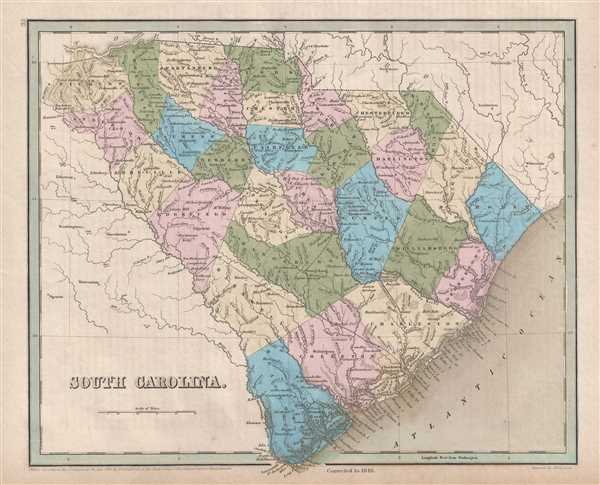 Illustrates the route of the South Carolina Rail Road Company.

This is an 1846 Thomas G. Bradford map of South Carolina. The map depicts the region from Georgia to the Atlantic Ocean and from North Carolina to Savannah, Georgia. The route of the South Carolina Rail Road Company, between Charleston, Columbia, and Savannah, is illustrated. Founded in 1843, this company operated until 1894, when it was succeeded by the Southern Railway. Highly detailed, each county is labeled and shaded a different color for easy differentiation. Numerous cities and towns are labeled, including Charleston, Columbia, and Savannah. Myriad rivers and creeks are illustrated and labeled, along with the Santee Canal.