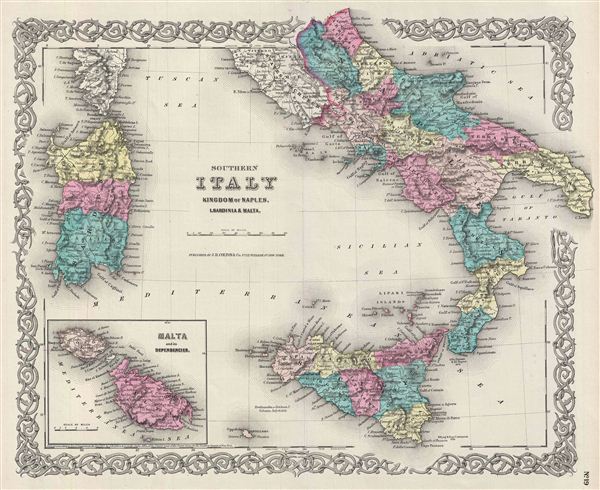 Reveals Italy during its Risorgimento.

A beautiful 1855 first edition example of Colton's map of southern Italy. Like most of Colton's europe maps, this map was derived from an earlier wall map of the world produced by Colton and D. Griffing Johnson. Covers the southern part of the Italian peninsula from Abruzzo to Melito, inclusive of the Kingdom of Naples. Colton's map also includes the islands of Sicily and Sardinia. An inset map in the lower left quadrant details Malta and Gozo.

At this time in history, the peninsula was undergoing the Risorgimento, Italy's march toward national solidarity.