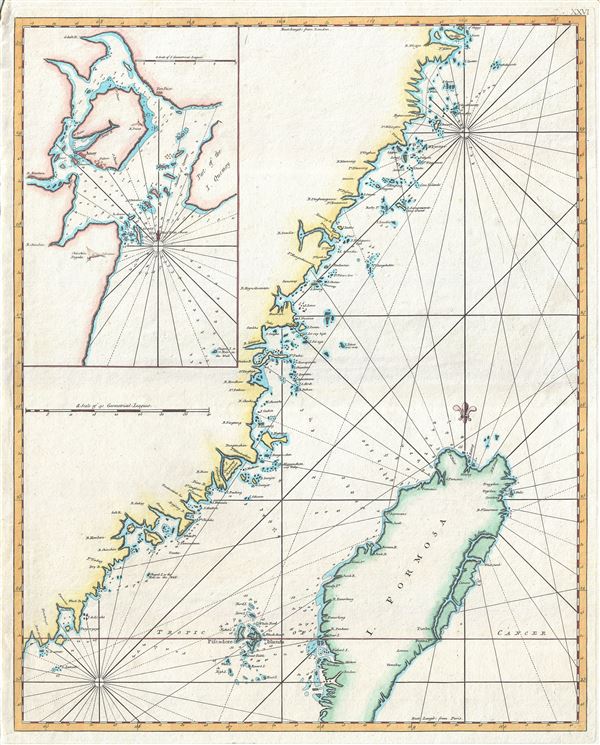 18th century nautical chart of the coast of Taiwan or Formosa.

A scarce c.1780 British edition of D'Apres de Mannevillette's nautical chart or map of Taiwan (Formosa) and the mainland Fujian Coast, China. The map offers rich detail including countless depth soundings, notes on the seafloor, commentary on reefs, rhumb lines, shoals, place names and a wealth of other practical information for the mariner.

The basic cartography of this map dates to Mannevillette's voyages as pilot for the Compagnie des Indies in the early 1700s : Carte de la coste orientale de la Chine depuis Amoy, jusqu'a Chusan avec une partie de l'Isle Formose. His work was originally published in Paris in the 1745 Neptune Oriental and republished in 1775 in an expanded second edition. The present example has been updated and re-engraved for an English client base. New additions include the incorporation of 'Longitude from London' and the removal of the French title. There is an inset map of Amoy in the upper left quadrant. This may well be the from the 1775 edition, but is most likely published by Laurie and Whittle in their East-India Pilot.