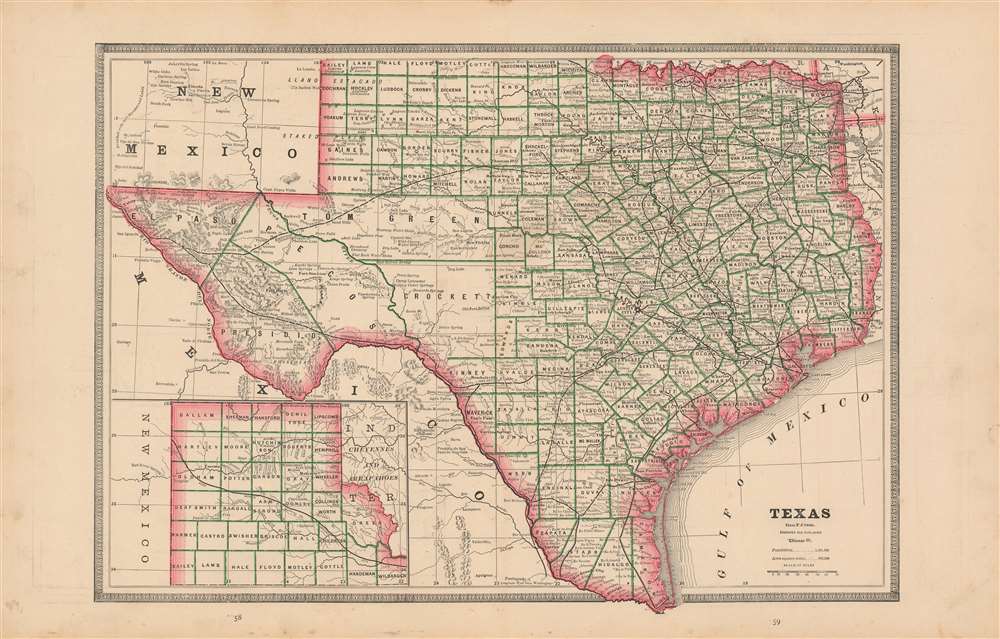 An Attractive 19th. Century Texas, with Railroads and Ranches

This is an 1883 map of Texas, most likely from Cram's 'Unrivaled Family Atlas of the World'. The state is outlined in red: counties are bordered in green. Reeves County is not yet shown. Tom Green, Pecos, Presidio and El Paso Counties are still not subdivided. Topographical features and rivers are shown with hachure. Railroads are clearly noted. Towns, and even major ranches are also located. Interestingly, greer County is shown as part of Texas. (Even an 1896 Supreme Court ruling was insufficient in settling ownership of the land in question.)

While examples of Cram's map of Texas appear in a number of institutions, we do not see this one - page numbers 58 and 59, with these particular verso maps - accurately catalogued. Various editions of the map do appear on the market.