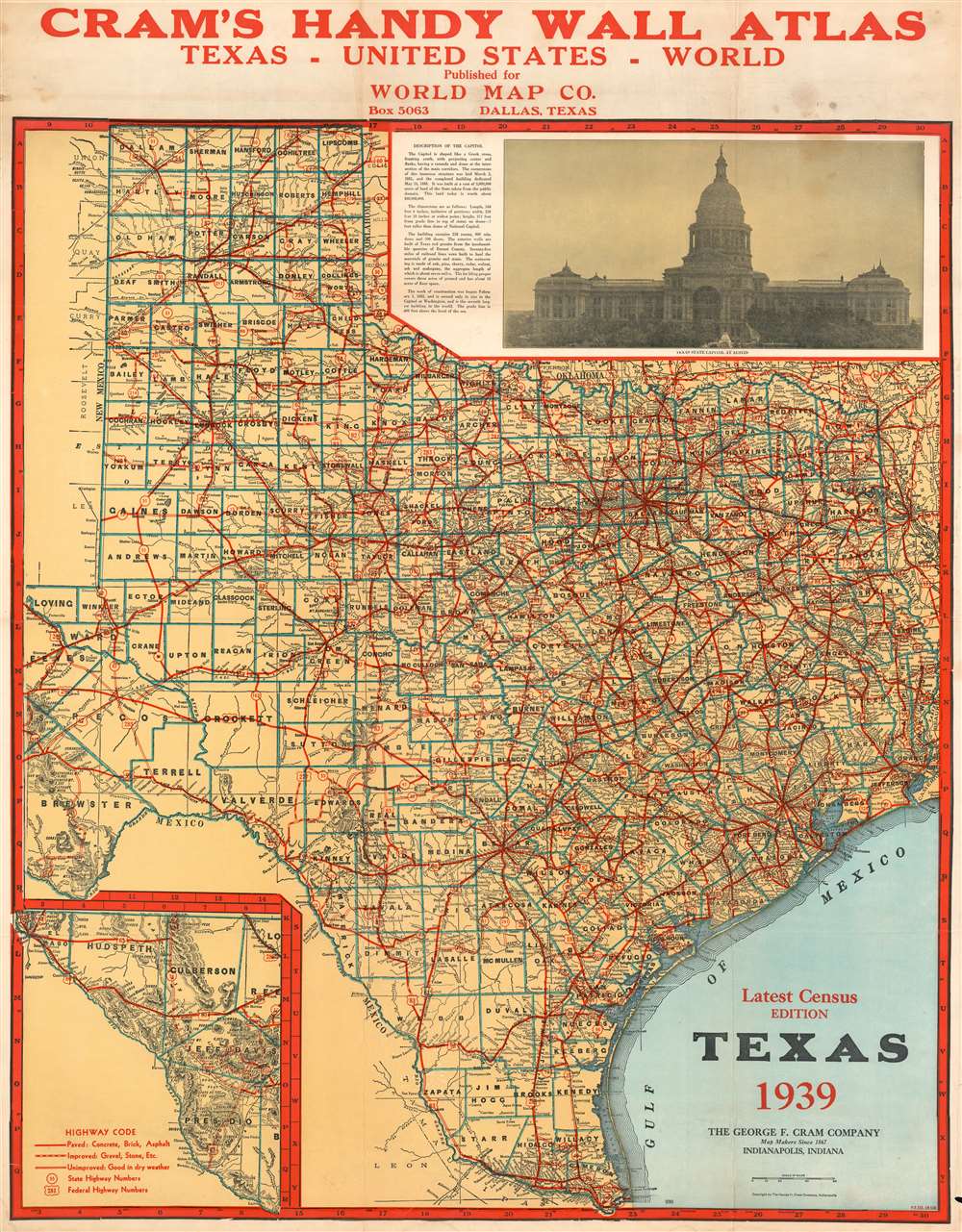 This is a 1939 George Cram map of Texas. Providing an incredibly detailed look at the state on the eve of World War II, highways, illustrated by thick red lines, snake their way into almost every part of Texas. Roads of lesser grades, gravel and stone roads for example, are also marked, as are unimproved roads, which the key states are only good in dry weather. Federal and state highways are identified, with the Federal shield used for Federal highways and circles used for state highways. Cities and towns all across the state are labeled, and counties are outlined in blue and named with big block lettering. An inset of extreme western Texas, from El Paso to Reeves and Brewster Counties, is situated in the lower left corner. A photograph of the Texas State Capital Building in Austin is included in the upper right corner and is accompanied by a description of the Capital building.

This map was created and published by the George F. Cram Company in 1939.