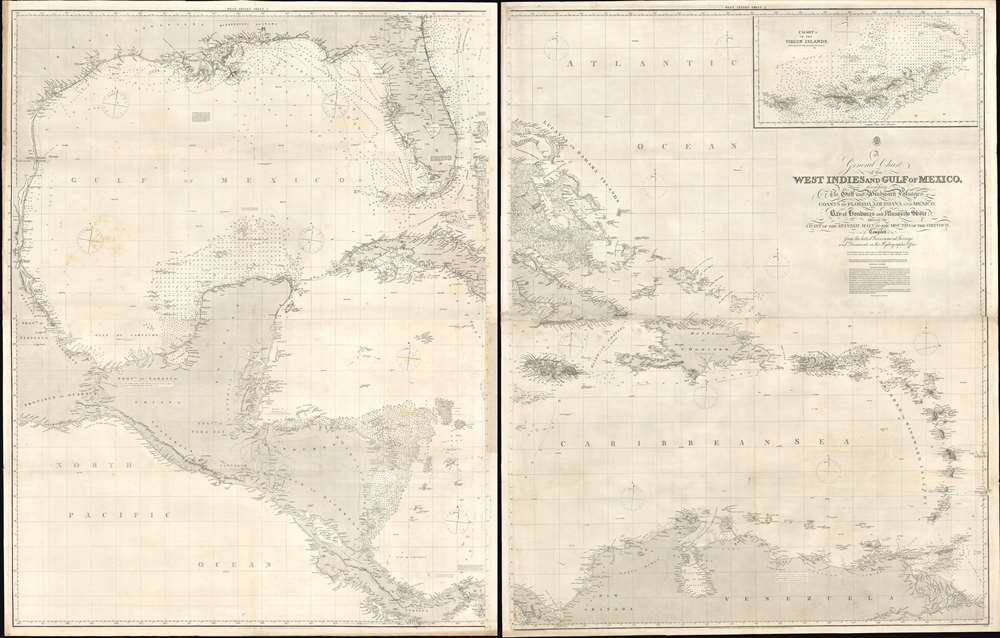 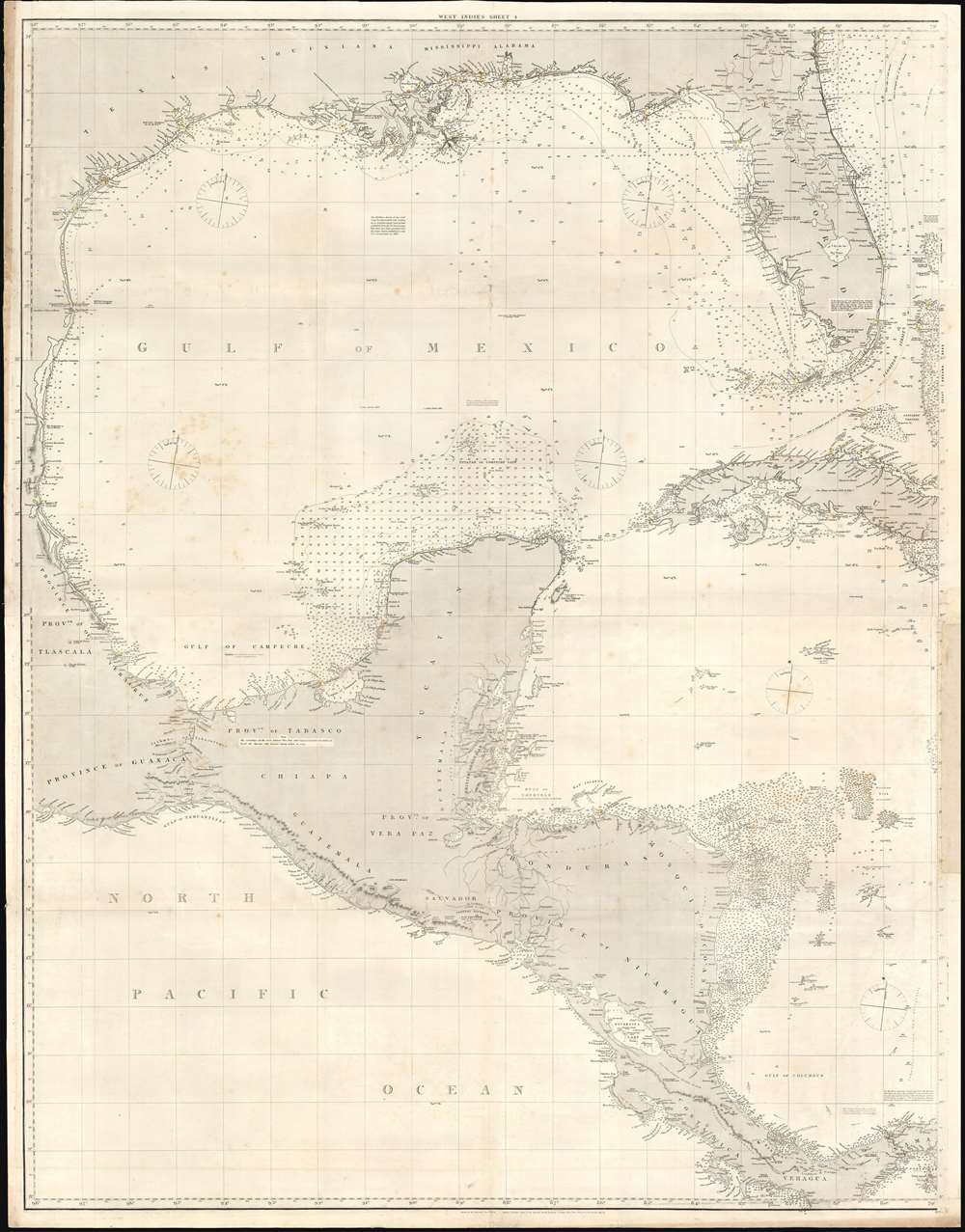 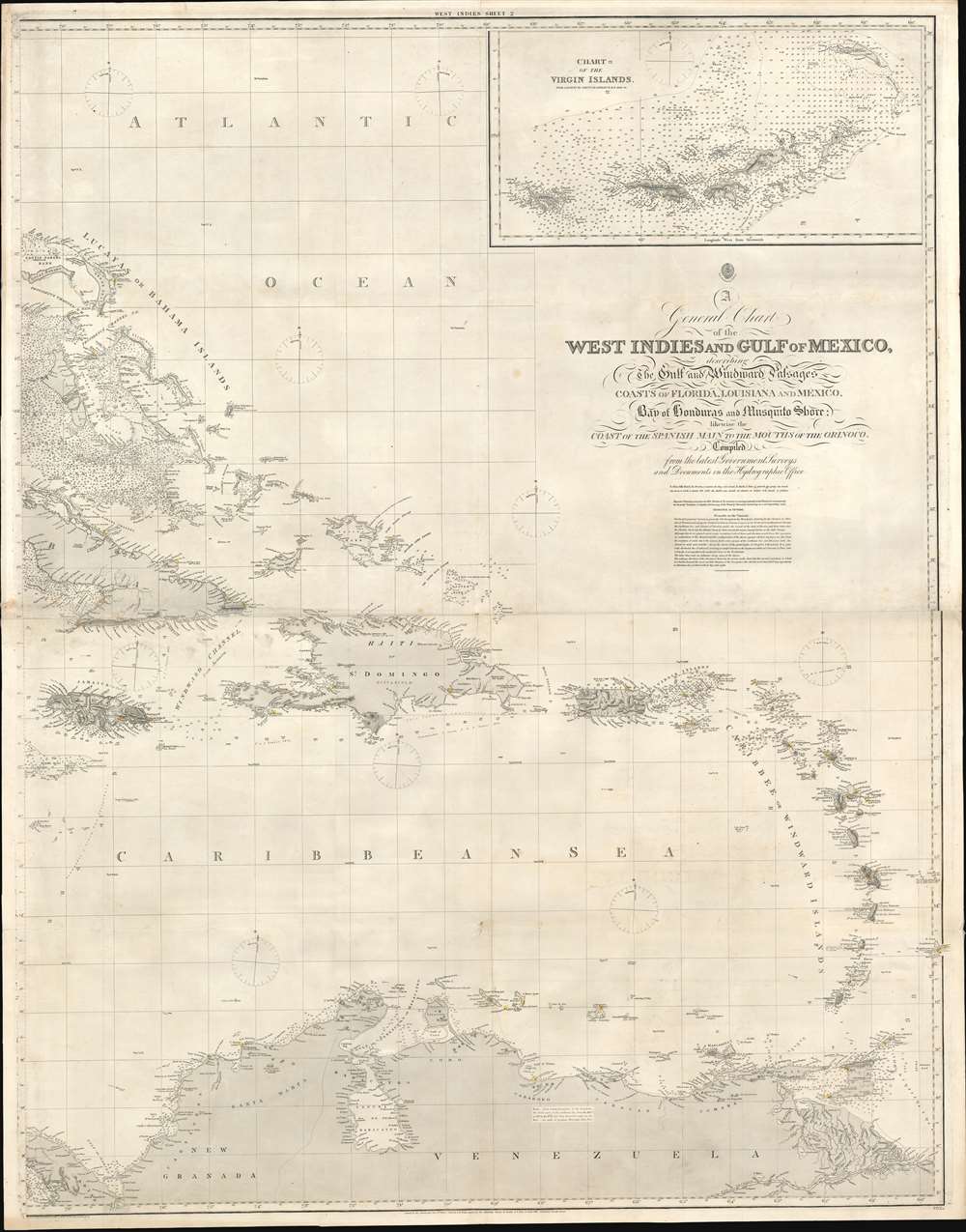 The best British chart of the West Indies.

An impressive large-format 2-section nautical chart or maritime map illustrating the Gulf of Mexico, the West Indies, Florida, Central America, and the Caribbean Sea, including the Greater and Lesser Antilles. An inset in the upper right details the British Virgin Islands and, although only a small part of the whole map, is one of the better nautical charts of these islands then available (1: 300000). British Honduras (Belize) is also mapped in exceptional detail, reflating continued British interest in the region. Of note is the proposed inter-continental railway being constructed between the Gulf of Honduras and Gulf of Fonseca (Conchagua). There is a wealth of additional practical information for the mariner throughout, as well as notes regarding area where the chart may be inaccurate. Soundings, Lighthouses, and lightships are presented according to standardized nautical conventions.

This chart was originally published by William Faden. The Rumsey collection has a variant by Faden dated to 1808, allowing us to identify the progenitor chart, but the copyright on this chart is 1824 - likely when the Admiralty Hydrographic Office took over publication. The left chart bears minor corrections to 1871, while the right chart is corrected to 1875. There is evidence on the map that the original title was scratched out and revised. Although unreadably faint, as of 1855, the title proceeding from the word 'Compiled' was instead 'Drawn chiefly from the Surveys of Mr. Anthy De Mayne, R. N. the New Spanish Charts, etc.'

Royal Maritime Museum, Greenwich, STK245:1/4(2)B.
Looking for a high-resolution scan of this?