1749 Vaugondy Map of Abyssinia (Ethiopia), Sudan and the Red Sea 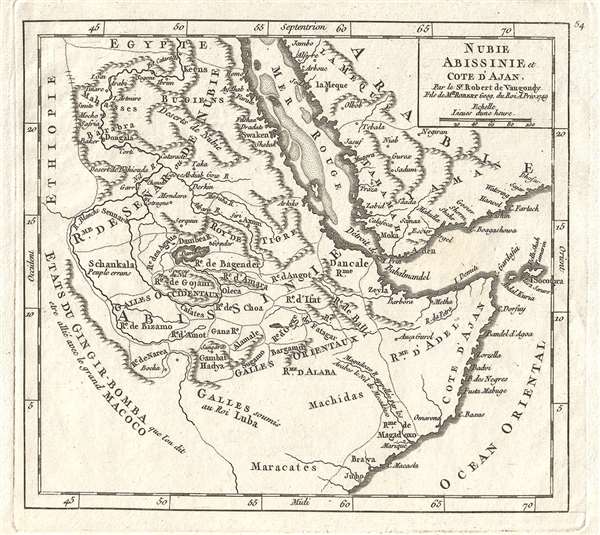 1749 Vaugondy Map of Abyssinia (Ethiopia), Sudan and the Red Sea

Notes the correct source of the Nile.

This is a lovely 1749 map of Abyssinia, Sudan and the Red Sea by Robert Vaugondy. Covers from Arabia and Egypt south to Mogadishu and includes parts of modern day Sudan, Ethiopia, Somalia, Yemen, and Saudi Arabia. Notes several kingdoms, rivers, important cities, and other topographical features. Notes coastal features in the Red Sea. The source of the Nile is notes correctly as Lake Tana (Lake Dambee). This map was published in the 1748 edition of Vaugondy's Atlas Portratif Universel et Militaire.