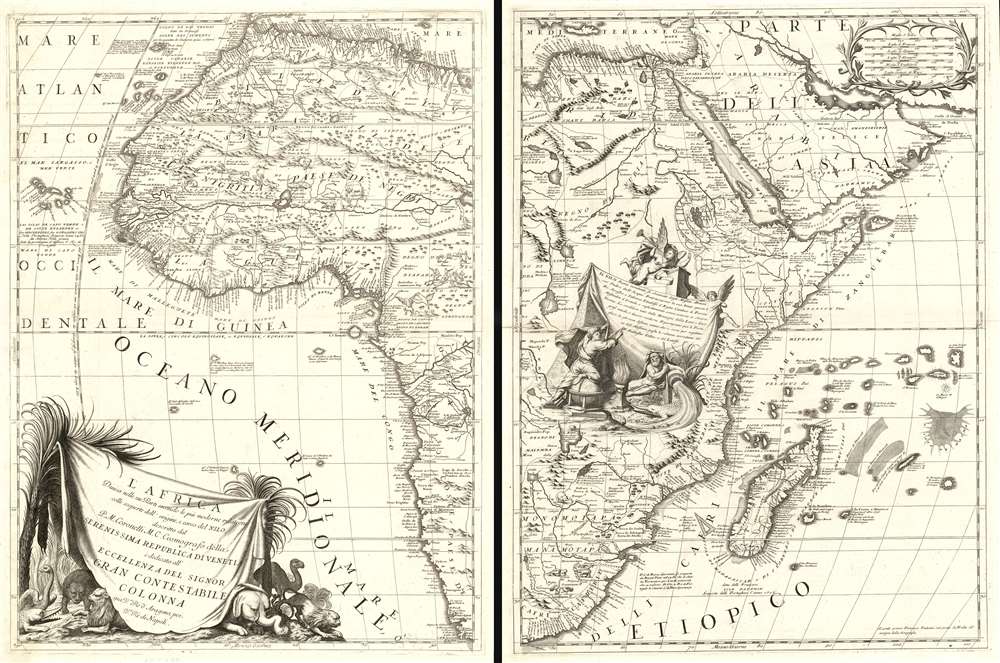 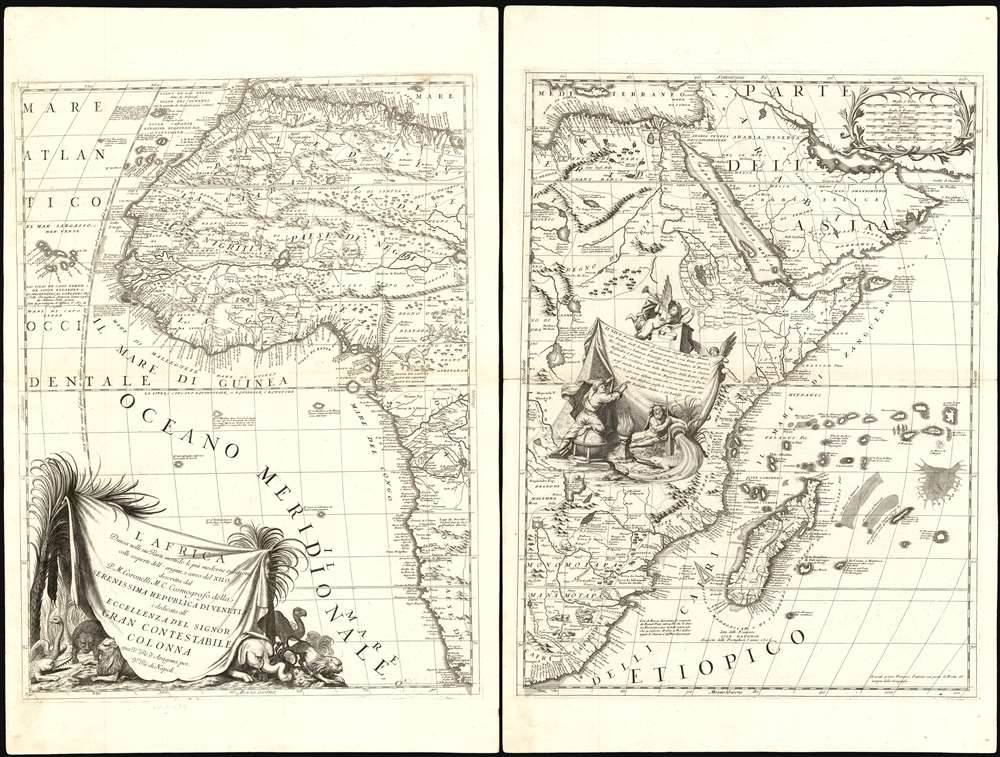 The most dramatically engraved and presented map of Africa of the 17th century.

Coronelli, V. Atlante Veneto, nel quale si contiene la Descrittione... Venice, 1691.     The Atlante Veneto was a Venetian cosmographic atlas issued by the Jesuit Minorite friar, geographer, and globe maker Vincenzo Maria Coronelli. The Atlante Veneto was a massive work consisting of some 13 volumes in four parts. The first section focused on a general introduction to geography and included notes a various geographic systems and globes. The second part consisted of world maps from various periods and in various styles, including double page maps of the continents and poles derived from his earlier globe work. The third part focused on hydrography and included nautically styled maps of important rivers, bays, oceans, lakes, and gulfs. The fourth and final section detailed exploration and describing noting various explorers and their discoveries. The whole consisted of some 191 engraved charts and maps as well as an assortment of views and decorative plates. The atlas was conceived as a continuation of Blaeu's Atlas Major and in many respects follows Blaeu cartographically. Many of the other maps are derived from Coronelli's own earlier globe work and exhibit various distinctly globe-like elements. Coronelli first issued the Atlante Veneto in 1691. A second edition was prepared and issued between 1695 and 1697. Most of the individual map plates remain identical between editions. The maps of the Atlante Veneto are universally admired for their exquisite engraving and high production quality, including fine paper and premium inks. All examples were issued uncolored and have typically been left as such by dealers and collectors.

Very good condition. Small mend to fold of second sheet, else excellent with bold strikes. Size given above is for each printed image.