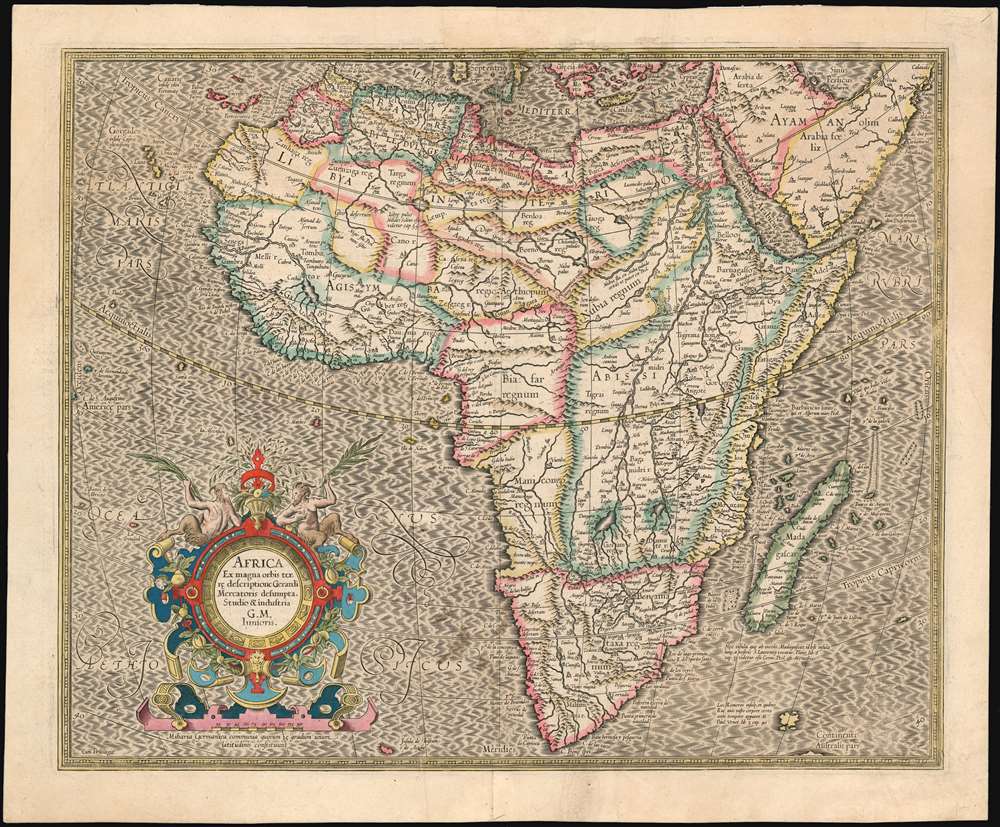 This is a 1628 Mercator - Hondius map of Africa in lovely original color and a superb strike. The map is a classic, early Dutch depiction of the continent derived from the great geographer Mercator's 1569 map of the world. Aesthetically, is a prime example of his craft: though superficially resembling the Ortelius, Mercator's map includes more cities, rivers and other details. Abyssinia features an enthroned Prester John.