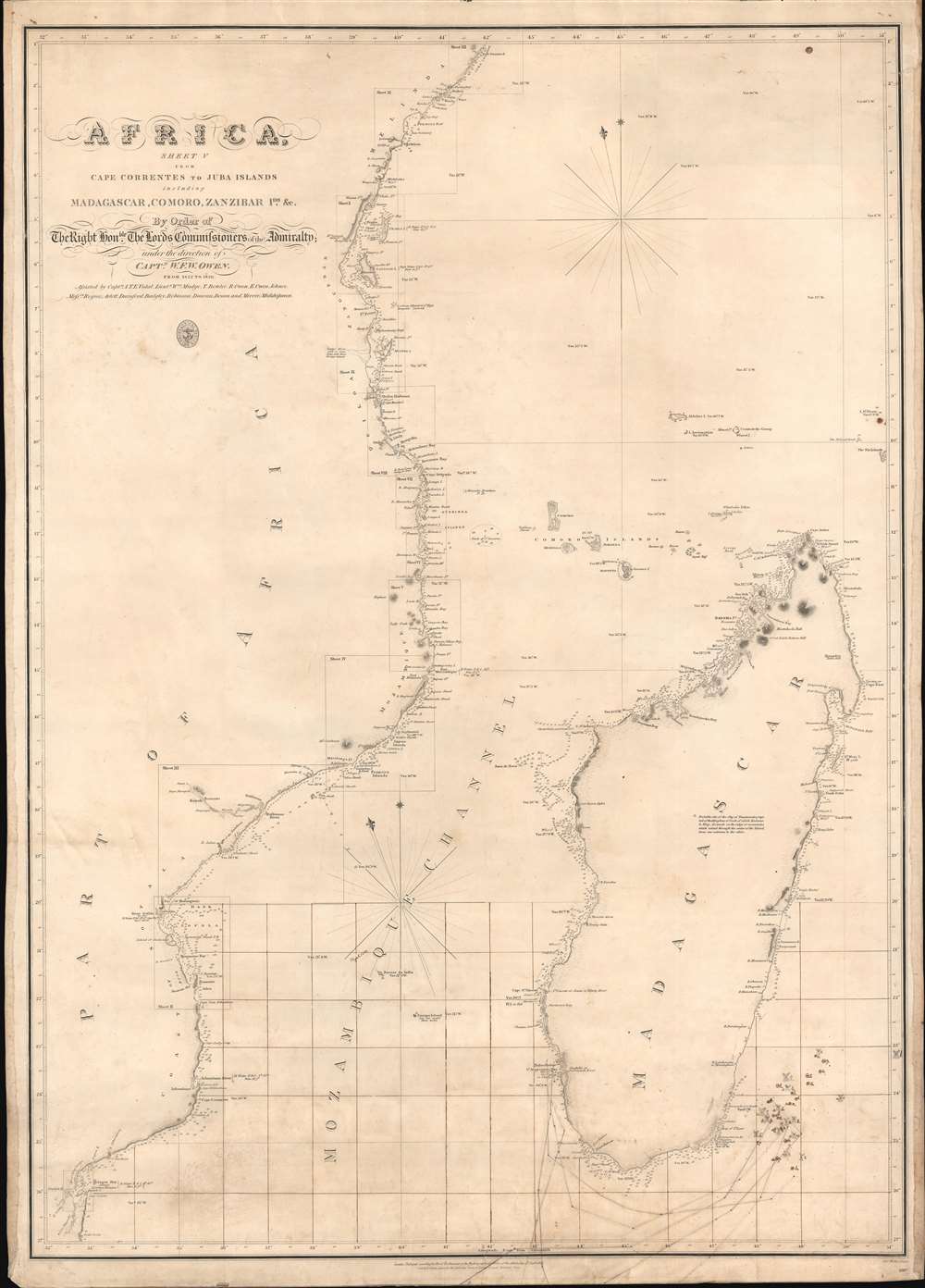 With outstanding whaling annotations in manuscript.

An exceptional British Admiralty / William Fitzwilliam Owen 1828 nautical chart of Madagascar, Southeast Africa, and the Mozambique Channel, with unique manuscript annotations relating to a series of c. 1852 - 1856 whaling voyages in the south Indian Ocean. The annotations including charmingly illustrated whale tails recording whale sightings and takings, some of which are dated, others of which appear to relate to a numeric key, now lost.

The map correctly identifies the site of Antananarivo (Tananareivo), the current capital of Madagascar, then the capital of the tribal kingdom of Ovah. The note for this site reads,

Probable site of the City of Tananareivo, Capital of the Kingdom of Ovah, of which Radama is King. It stands on the ridge of mountains which extend through the center of the island, from one extreme to the other.

Unlike most capital cities in southern Africa, Antananarivo was already a major city before the colonial era. By the time of Radama, who ascended the throne upon his father's death in 1810, Antananarivo was the largest and most economically important city on the island, with a population of over 80,000. It was under Radama's reign that foreign missionaries were first allowed into the city, establishing a small school in 1820. Nonetheless, foreign influence in Antananarivo was almost non-existent until the late 19th century.

Rare, and with the present manuscript whaling notations, unique. This map was first published by the British Admiralty in 1828 (this example), following the completion and compilation of Owen's seminal 1821 - 1826 survey of Africa's east coast. There are a total of six sheets in the full Owen set, of which this is sheet 5, but each is designed to act as a stand-alone nautical chart. The map was engraved by the firm of J and C. Walker. Subsequent revised editions were published 1865, and in the 1870s.