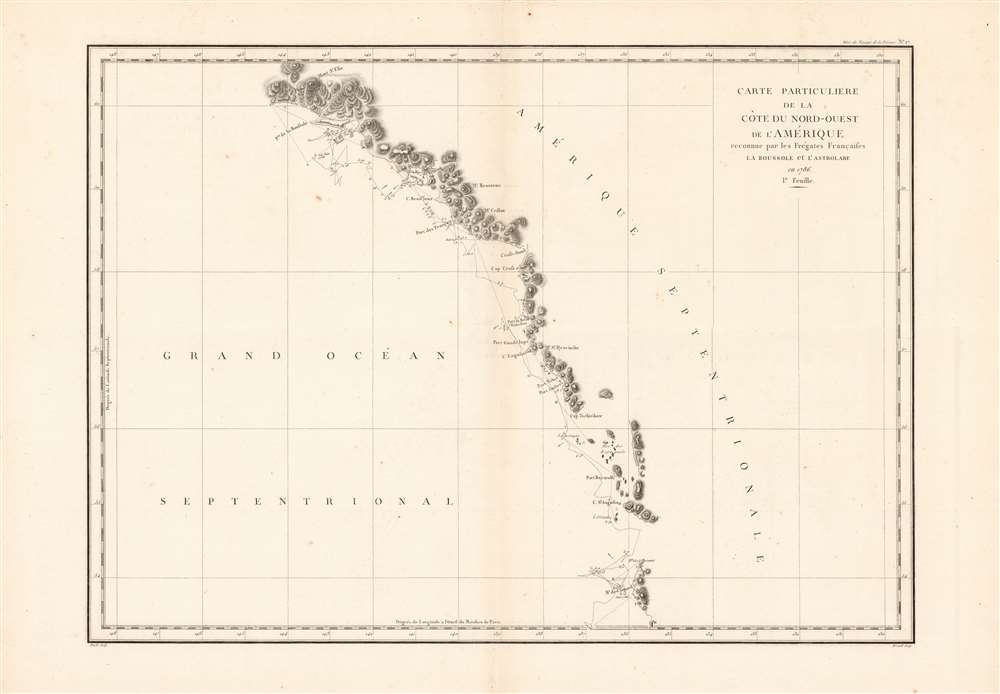 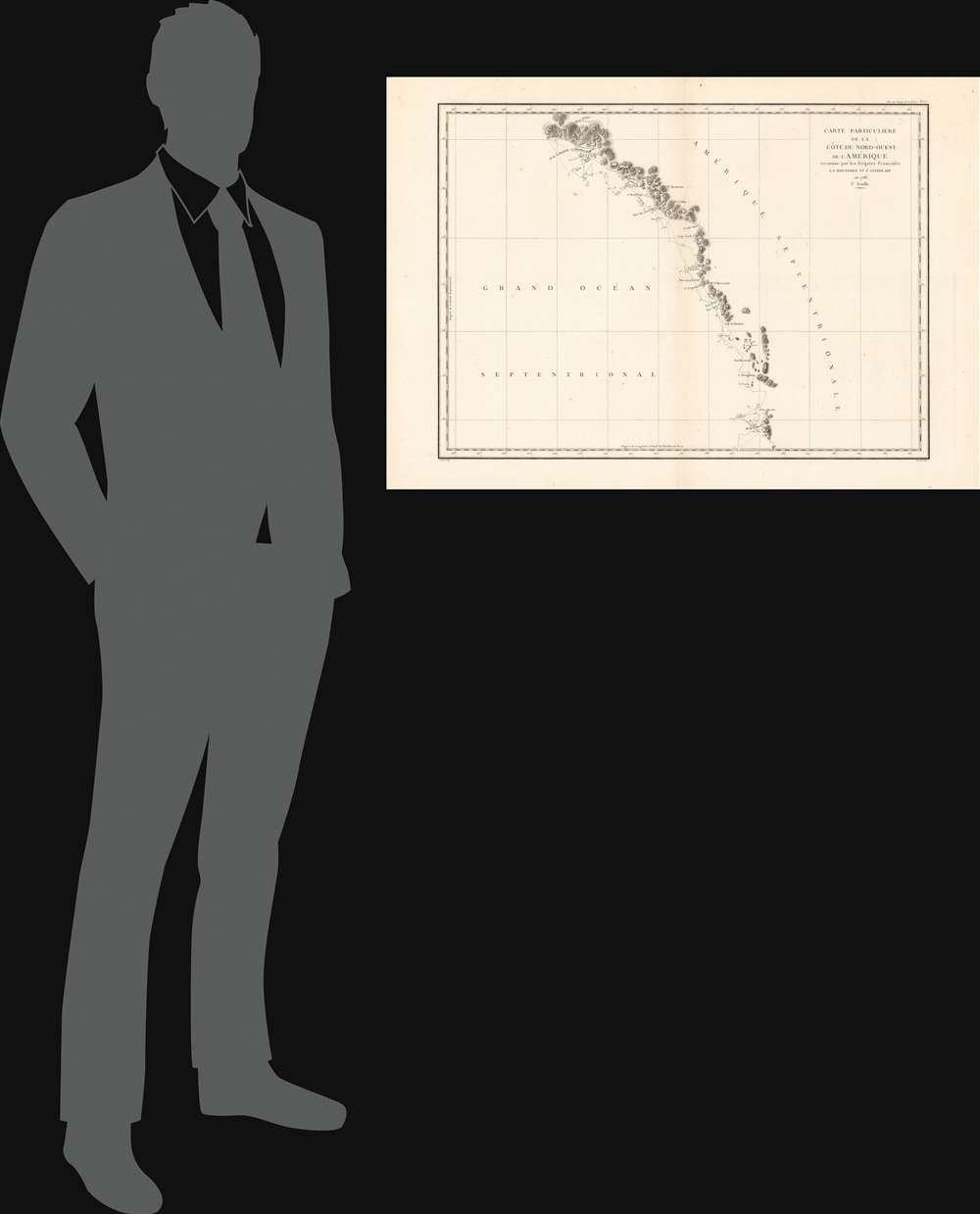 This is a beautiful 1786 map of the southern Alaska coastline made by the French explorer La Perouse. When drawn, it was the only available map of this region not based on the survey work of Captain Cook.

The map covers a long stretch of the southern Alaska Coast, roughly from Mt. St. Elias (here as St. Elie) in the north to Moresby Island in the south, taking in the present-day settlements of Yakutat and Sitka. Some place names have changed (especially the Spanish ones) while others have simply been Anglicized or only slightly modified; for example, Port Neker at center, towards bottom, is now known as Necker Bay. The coast is not very easily recognizable compared to a modern map since not all the inlets and bays (fjords) were explored by La Perouse's ships, the Boussole and the Astrolabe, whose progress along the coast from late June through mid-August 1786 is also shown. The map is also a nautical chart, noting depths along the coast.

Though it made many important discoveries, La Perouse's journey was dangerous and especially ill-fated, even more so than the last British voyage of Captain James Cook, which it was meant to complement. Groups of crew members were killed in incidents during the voyage, including 42 men lost while exploring Port des Français towards center-top, and ultimately the entire crew died after wrecking on the reefs off Vanikoro, an island in the Santa Cruz group of the Solomon Islands.

It is worth noting that not long after Le Perouse's voyage Russian influence in this area increased through the Russian-American Company. In 1799, the Fort of Archangel Michael (форт Архангела Михаила) was established at Sitka, but it was destroyed in 1802 in a battle with Tlingit warriors and nearly all the Russians killed. The settlement was reestablished as New Archangel or Novo Arkhangelsk two years later and it remained one of the major Russian settlements in Alaska until the territory was sold to the United States.

This map was drawn by La Perouse in 1786 and published posthumously as Plate No. 17 in the first edition of the Atlas du Voyage de la Perouse. It was engraved by Bouclet, edited by Hérault (no further information is available on these individuals), and published in Paris by the Imprimerie de la Republique in 1797 (Year 5 of the revolutionary regime). Due to variations in cataloging the map, it is difficult to precisely determine its distribution, but both the map and the entire atlas are known to be held by a handful of libraries in North America and Europe.