1786 Desnos and de la Tour Map of the German Empire 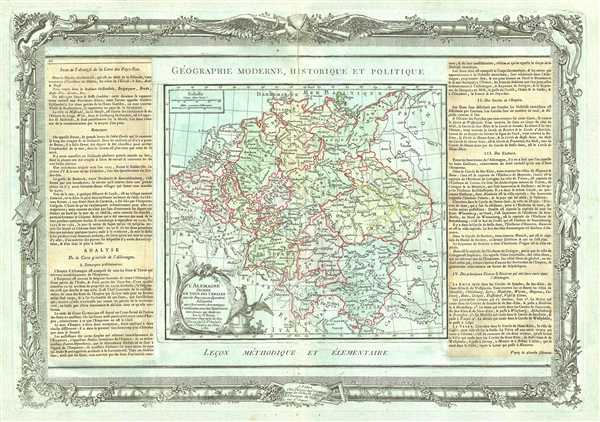 1786 Desnos and de la Tour Map of the German Empire

The German Empire divided into its Imperial Circles.
$250.00

This is a nice 1786 map of the Empire of Germany by the French Cartographer Louis Brion de la Tour. It covers all of modern day Germany, Holland, Belgium, Austria, Czech Republic, and parts of Poland, and divides the area into the 'imperial circles' devised by the Holy Roman Empire to administer, tax, and defend the Empire (covering most of what is now Central Europe). The Napoleonic Wars would, of course, dissolve the Holy Roman Empire and lead to the consolidation of Germany in 1871. The map is beautifully detailed and notes numerous towns, cities, rivers, mountains, forests, lakes and a host of additional topographical features.