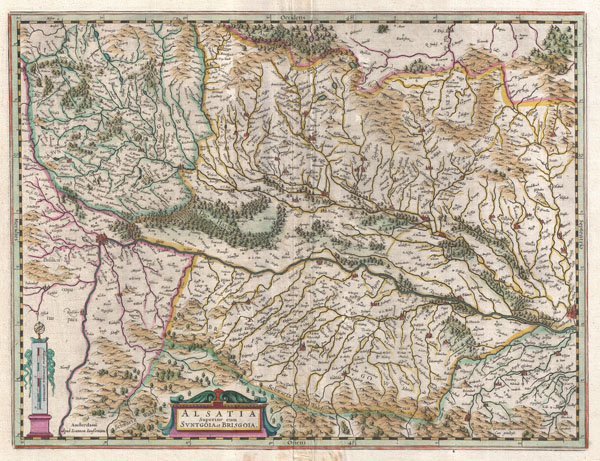 A beautiful example of Jansson's 1644 map of upper Alsace, France. Oriented to the west, this map covers the Rhine valley from Basel to Strasbourg. Shows numerous towns, villages, forests, and river tributaries. Topography and major cities are shown in profile. Alsace is known for its fine white wines and along with Austria and Germany, this region produces the world's most desirable dry Rieslings. Published in Amsterdam by Jan Jansson for the 1644 edition of Nouvel Atlas ou Theatre du Mondre.

Very good. Some minor verso repair along the centerfold, else clean.
Looking for a high-resolution scan of this?