1730 Homann Map of the English Colonies in America (United States) 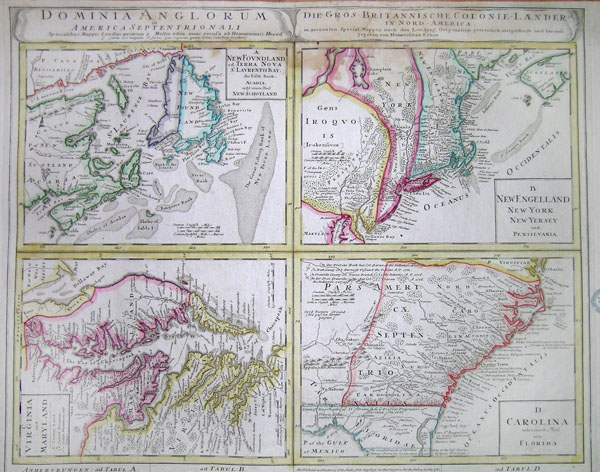 1730 Homann Map of the English Colonies in America (United States)

Very good. Map is in very good condition with a minor waterstain on the upper margins and slightly into the map.
Looking for a high-resolution scan of this?