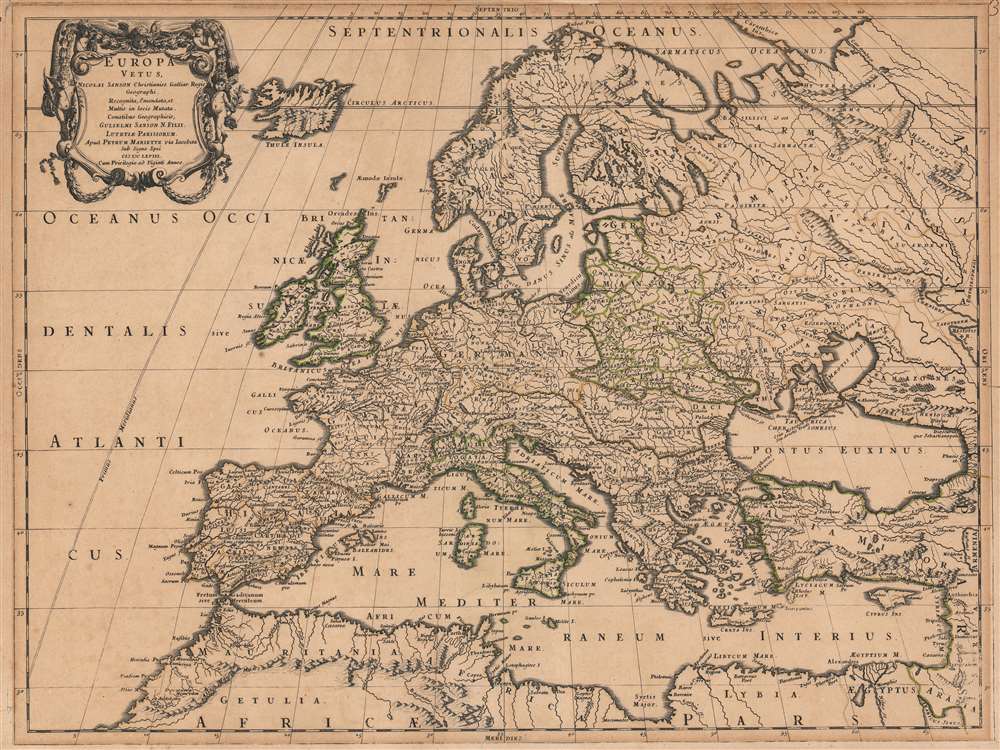 This is Nicolas Sanson's 1668 map of Europe, in a very attractive contemporary color example. The map combines modern topography with toponymy drawn from classical geographers. Sanson, a historian as well as a cartographer, intended this map to illustrate Europe as it was understood in the days of Imperial Rome. Thus the topography of the map reflects seventeenth-century cartography, while the political divisions and place names are drawn from the cartographers of antiquity: Claudius Ptolemy, Pomponius Mela, and Solinus, among others. The northern limits of the Roman Empire, along the Danube River and the Rhine, are marked with a dotted line and emphasized with outline color.

This map was issued separately in 1668, although examples were also added to made-to-order atlases published by Sanson and Pierre Mariette. The map is well represented in institutional collections.