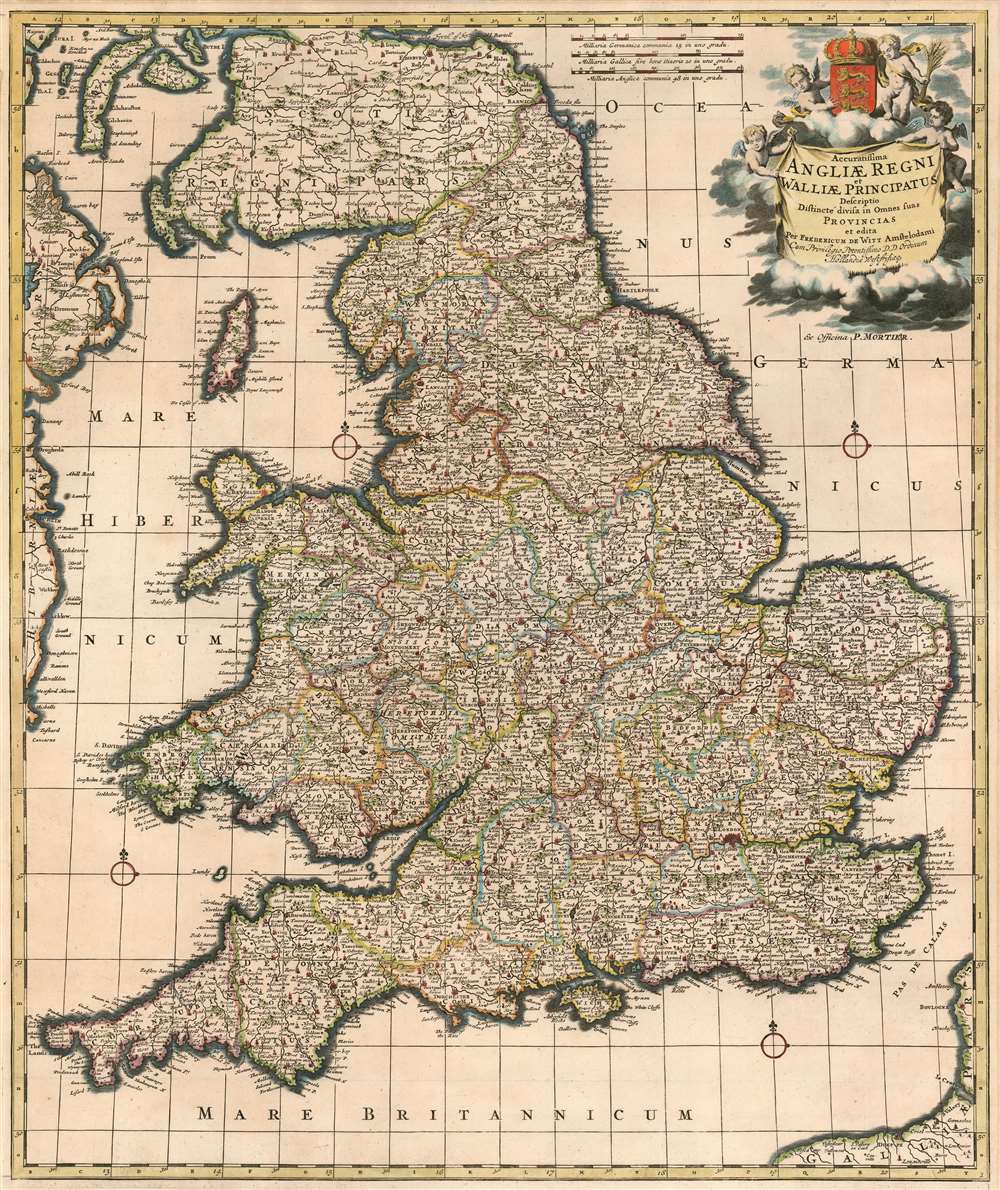 Engraved at the Height of the Golden Age of Dutch Cartography

This is Frederic De Wit's superbly engraved 1662 map of England and Wales, in one of its most complete states. De Wit's last, fifth state of the map (coinciding with his being granted his privilege, in 1689) exhibits the totality of its maker's aesthetic changes. De Wit completely re-engraved the cartouche and the scales at that time, with its four splendid putti and the crowned Royal Arms of England. The maps produced in Amsterdam in the latter part of the 17th century enjoyed both technological advances both in printing technology (resulting in larger presses, hence larger plates and larger maps) and in the art of engraving (resulting in finer and more dense geographical detail and toponymy.) Hence both as geographical documents and works of art, they represent great steps forward.

This map had a long printing life, appearing in De Wit's output as early as 1662. The map was frequently revised under De Wit's hand, with no fewer than five states of this map having been produced during his possession of the plate. After his widow's death in 1710 this, along with many of De Wit's other plates, were sold to Pierre Mortier who added his imprint and continued to sell the map otherwise unchanged. These appeared as separate issues, but were also included in Mortier's composite atlases from time to time. Despite occasional appearances on the market, examples with the P. Mortier imprint appear to be scarce, OCLC listing examples only at the Danish National Bibliotheque, Yale University, the Bayerische Staatsbibliothek, Landesbibliothek Coburg, and the National Library of Sweden.