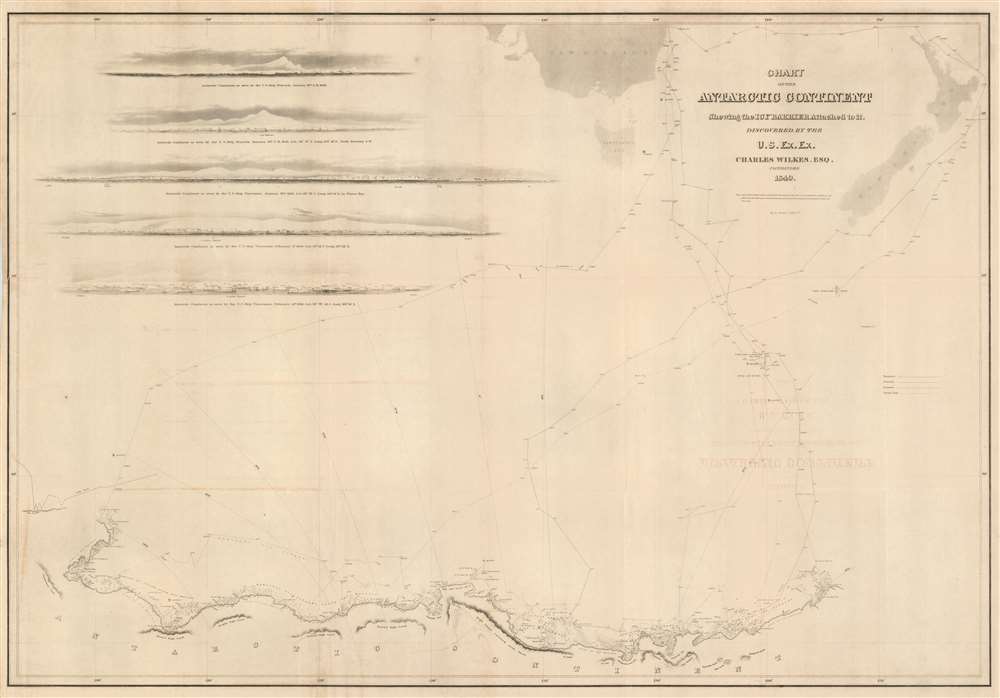 This important and extraordinary production is Commodore Wilkes's 1840 U.S. exploring expedition map of Antarctica. Of extraordinary importance to Antarctica collectors, the surveying of this coast and this resulting map are the first to definitively prove Antarctica's continental nature. Among the many great achievements of the U.S. exploring expedition, and Wilkes specifically, the surveying of the Antarctic coast now known as Wilkes Land, stands out as the most significant. The chart covers that portions of Antarctica now known as Wilkes Land, located due south of New Zealand and Australia (ghosted in at the top of this chart), roughly from Cape Hordern (100°31' e) to Point Alden (142°02' e). Five profile charts in the upper left quadrant offer views of the Antarctic shoreline.

The Contest to Map Antarctica

This map was prepared by Charles Wilkes and engraved by Sherman and Smith. Despite being dated 1840, and copyrighted in 1844, it was first published by Lea and Blanchard of Philadelphia to illustrate the atlas volume of the 1845 first edition of Wilkes's official U. S. ex. ex. report.