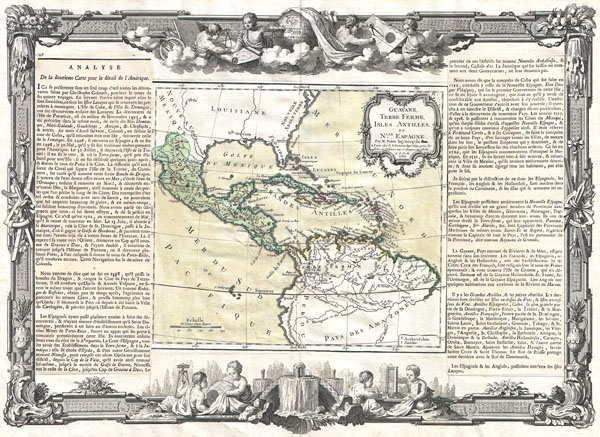 A stunning decorative 1766 map of Mexico, Central America and the West Indies by Louis Brion de la Tour. Covers from the Chesapeake Bay south to Peru and the Amazon but focuses on Mexico and the Caribbean region. Decorative baroque style title cartouche in the upper right quadrant of the map proper. Flanked on either side by a textual description of the region in French. Surrounded by a magnificent baroque border featuring cherubs engaged in the study of geography and mapmaking. Prepared by Louis Brion de la Tour and published by S. Desnos in their 1767 issue of the Atlas Generale…

Phillips (Maps of America), p. 801.
Looking for a high-resolution scan of this?