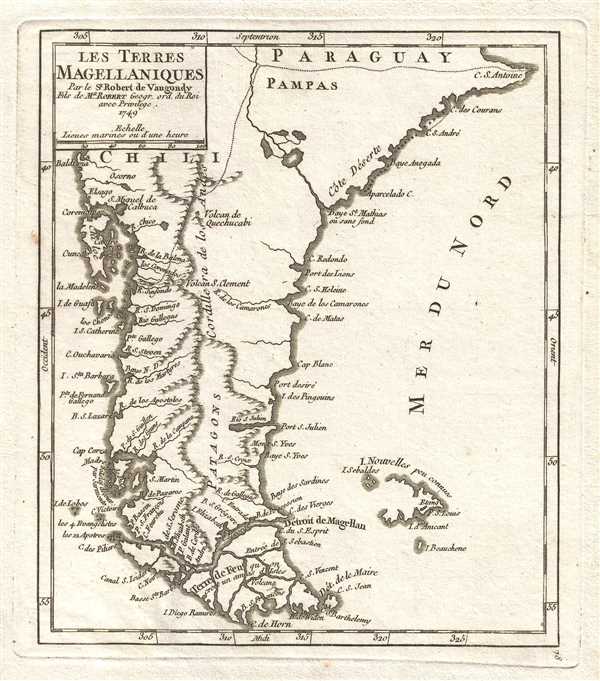 This is a 1749 Didier Robert de Vaugondy map of Argentina and Chile (Chili). The map depicts from Paraguay to Tierra del Fuego and from the Pacific Ocean to the Atlantic Ocean. The Falkland Islands, also known as the Islas Malvinas, are partially depicted and labeled as the Isles Nouvelles, the 'New Islands.' They are described as little known (peu connues), one of the few descriptions present on the map. The region is depicted in detail, with the Andes and other mountain ranges are presented in profile and several rivers on both sides of the continent. The islands of Tierra del Fuego (Terre de Feu) are also depicted in detail and the Straits of Magellan and Cape Horn are labeled. Patagonia is also labeled.