1854 Pharoah and Company Map of the Astagram Division of Mysore, Karnataka, India 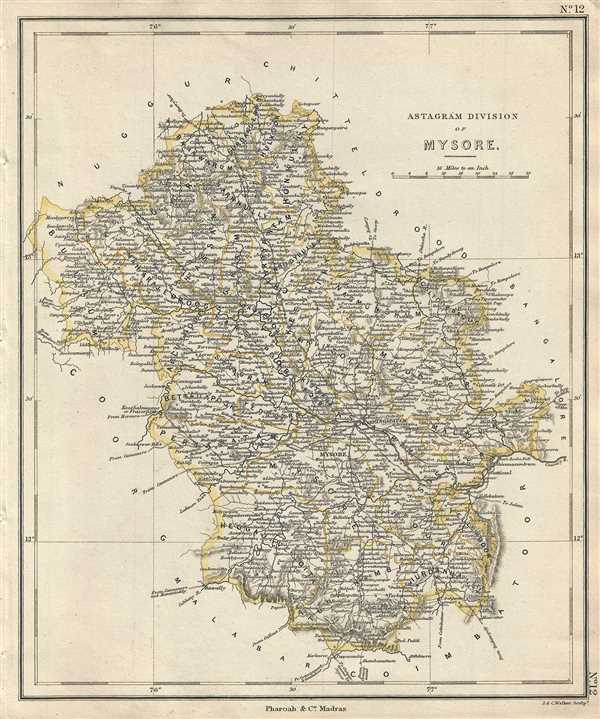 1854 Pharoah and Company Map of the Astagram Division of Mysore, Karnataka, India

Map of the Ashtagram Division of Mysore - former Patna Ashtagram and Maisur Ashtagram.

This is a nice 1854 example of the Pharoah and Company map of the Astagram Division of Mysore. It covers from Bandipur north to Haranhalli and notes important towns, roads, lakes, rivers and topography. Mysore city is identified. The Kingdom of Mysore was divided into four divisions, each named after the principal town in the division. This particular map of the Astagram (eight townships) division of Mysore features the townships of both banks of the Cauvery River and includes the former taluka of Patna Ashtagram to the north of the Cauvery River named after Srirangapatna (Srirangapatnam) and the Maisur Ashtagram to the south named after Mysore.

This map was engraved by J. and C. Walker and issued as plate no. 12 by Pharoah and Company in their 1854 Atlas of Southern India.