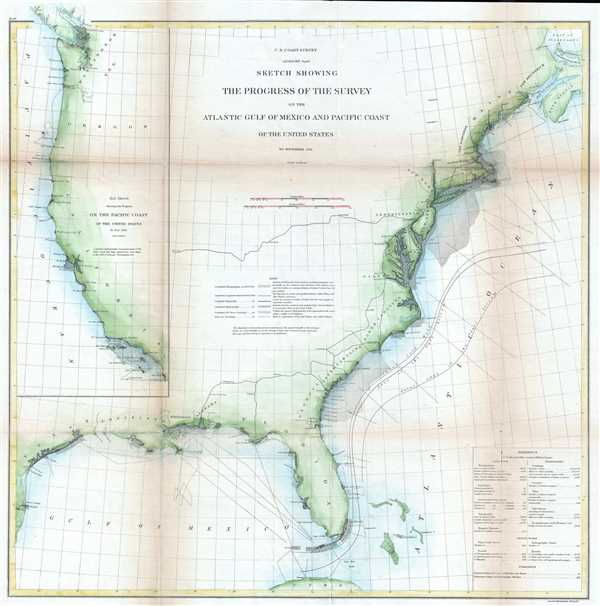 This is a beautiful 1860 U.S. Coast Survey nautical chart or maritime map of the coast of the United States. The map depicts the Atlantic Coast, the Gulf Coast and the Pacific Coast in beautiful detail. Divided into two sections, the large area extends from New Brunswick and the Gulf of St. Lawrence south to include the coasts of Maine, New Hampshire, Massachusetts, Connecticut, New York, New Jersey, Delaware, Maryland, Virginia, North Carolina, South Carolina, Georgia, Florida, Alabama, Mississippi, Louisiana and Texas. A smaller section shown as an inset depicts the Pacific Coast of the country on the same scale and extends south from the Strait of Juan de Fuca to include the coasts of Washington, Oregon and California as far as San Diego. The chart includes several statistics and notes.