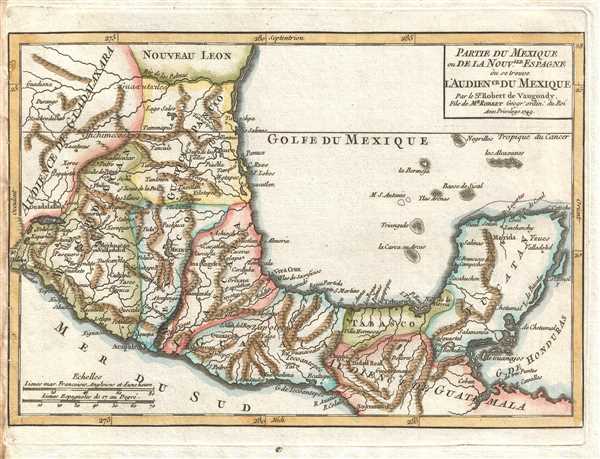 This is a hand colored 1749 Didier Robert de Vaugondy map of Mexico. The map depicts Mexico from the Audience de Guadalaxara and Nouveau Leon, or approximately today's border between the United States and Mexico to the Yucatan Peninsula and Guatemala and from the Pacific Ocean to the Gulf of Mexico. Several different states/regions are differentiated on the map, including a state named after Mexico City, which is labeled. Acapulco and Guadalajara are also labeled. Cozumel Island is depicted to the right of the Yucatan Peninsula near the right border. Myriad rivers are illustrated and mountain ranges are depicted in profile.