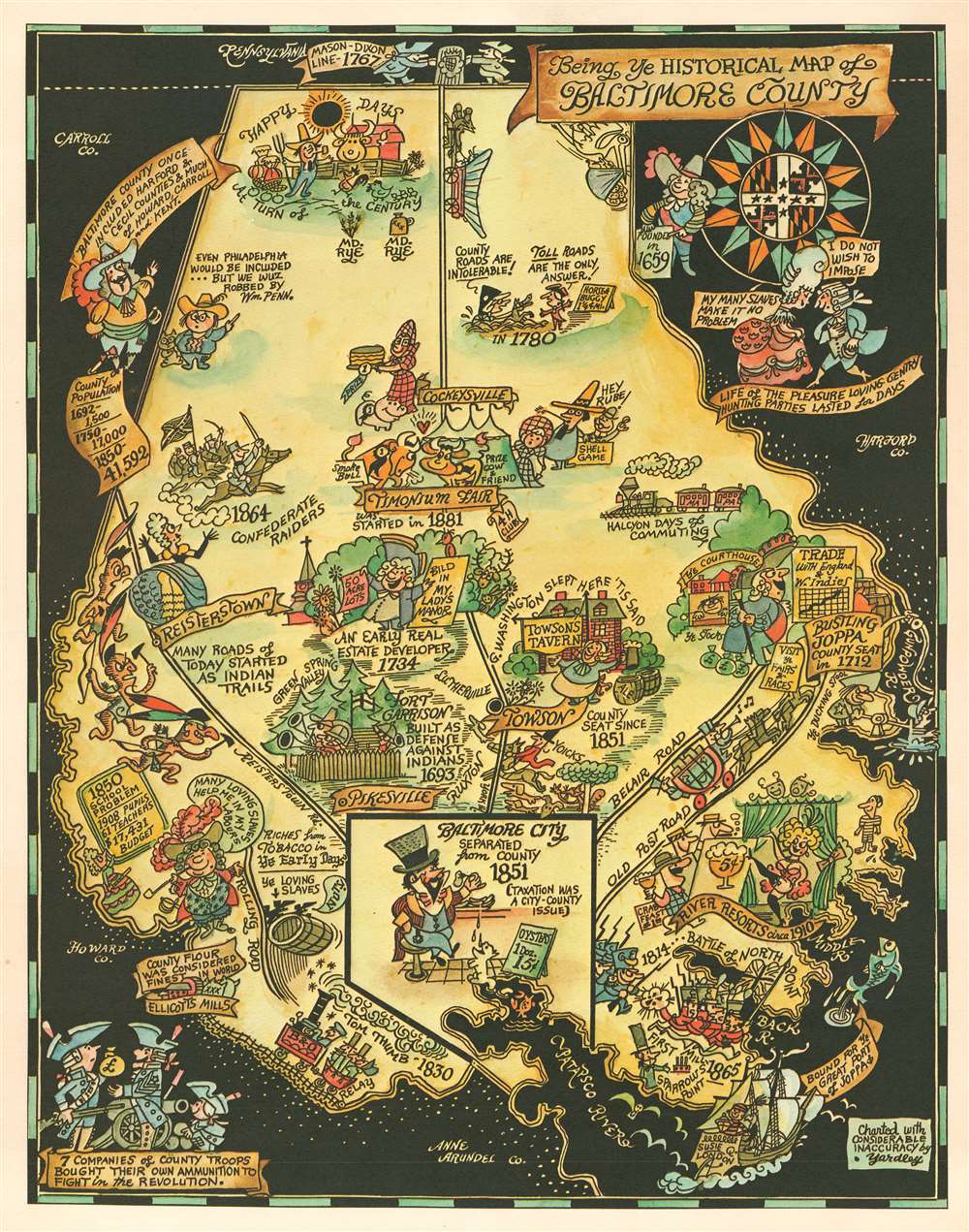 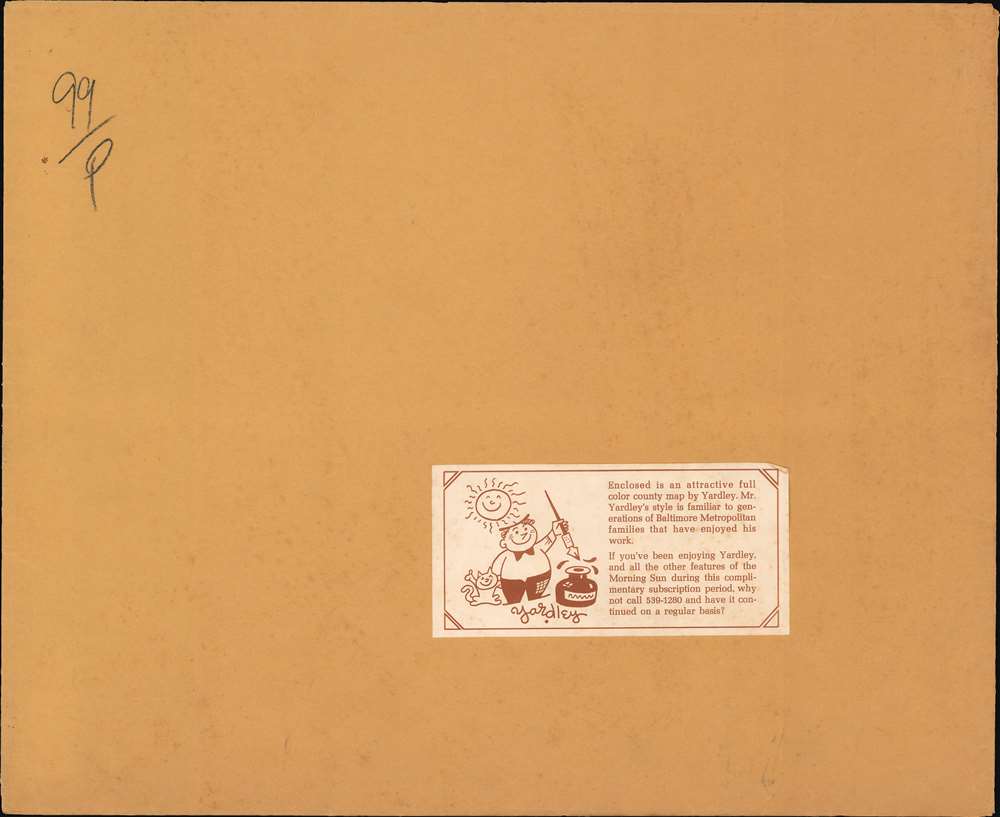 This is a c. 1935 Richard Yardley pictorial map of Baltimore County, Maryland. Populated by comical caricatures of the county's residents, Yardley both mocks and celebrates its history. Many of these vignettes illustrate historical events, such as the county's founding, its involvement in the American Revolution, the War of 1812, and the American Civil War. Baltimore itself does not appear on the map since it was separated from the county in 1851. Yardley acknowledges the role Native Americans played, stating that many of the modern-day county roads started as Indian trails. The other side of the coin was that Fort Garrison, near Pikesville, was built as a defense against those same Indians. Joppa occupies a sizable portion of the map, with its bustling trade with England and the West Indies prominently touted. A banner also states that the city was the county seat in 1712.

Yardley also doesn't shy away from the horrors of Antebellum America. He references slavery twice, although neither is as cutting as would have been hoped. Two upper-class people meet in the upper right corner (near the decorative compass rose), and the man states, 'I do not wish to impose,' to which the woman responds, 'My many slaves make it no problem.' The second reference appears on the lower left, next to a very wealthy gentleman dressed in his finest clothes, who states that 'many loving slaves help me in my labors' while 'ye loving slaves' are illustrated in the shadows toiling away, utterly indistinguishable from one another.

This map was created by Richard Yardley and published c. 1935. An example is part of the David Rumsey Map Collection. It does not appear in OCLC.