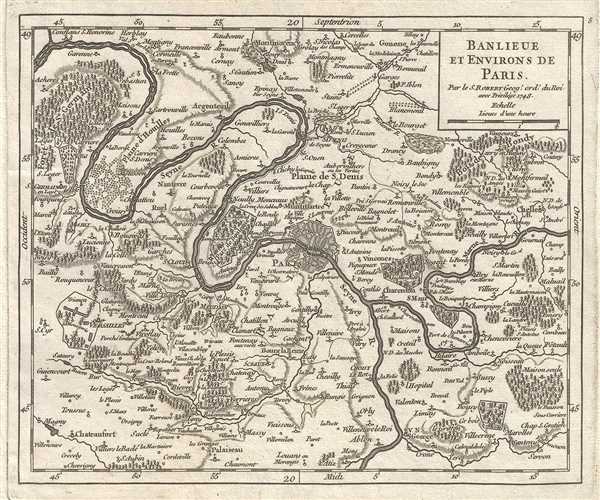 Paris and its suburbs.

This is a beautiful 1748 map of Paris and its surroundings in France by the French cartographer Robert de Vaugondy. Centered in Paris, the map extends from Forest de St. Germain to Bois de Bondy. Incredibly detailed, notes rivers, towns, suburbs, roads, and beautifully rendered forests in profile. This map was published in the 1748 edition of Vaugondy's Atlas Portratif Universel et Militaire.