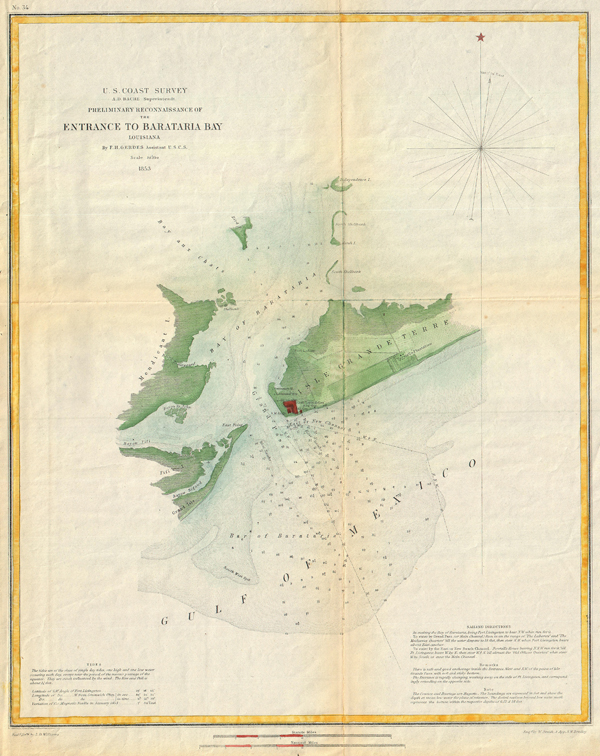 This is an attractive 1853 U.S. Coast Survey chart or nautical map or Barataria Bay, Louisiana. Covers from Grand Isle and Bayou Rigaud eastward Past Fort Livingston and Forstall's Plantation. Extends northward past Mendicant Island to Independence Island and the Bay aux Chats. Includes notes on tides in the lower left hand quadrant and sailing instructions in the lower right. Barataria Bay, just south of New Orleans, is part of the series of swamps, bays and canals that make up the Mississippi River Delta. In the early 19th century this bay used as the base of the privateers led by Jean Lafitte. Today the bay is known for its rich resources, most notably shrimp and sulfur, muskrat furs, natural gas, and oil. The cartography for this map was accomplished by F. H Gerdes under the supervision of A.D. Bache, director of the U.S. Coast Survey. Engraved by Smith and Bradley for the 1853 edition of the Surveyor General's Report …