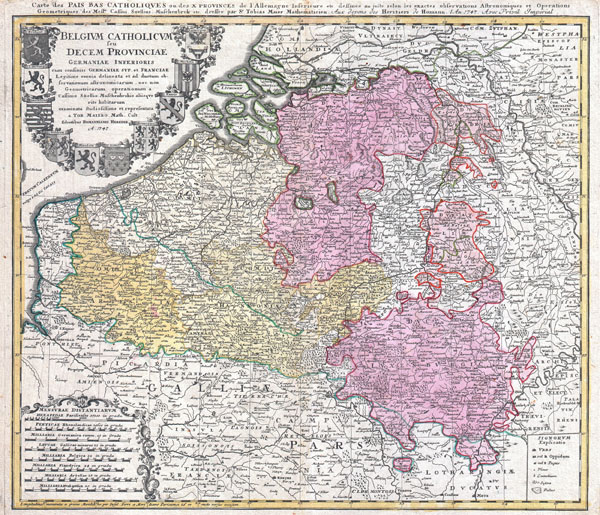 A beautifully detailed c. 1730 J. B. Homann map of Belgium and Luxembourg. Depicts Belgium and Luxembourg as well as parts of Holland, France and Germany. The map notes fortified cities, villages, roads, bridges, forests, castles and topography. The title cartouche in the upper left quadrant features the 10 heraldic crests of the nations depicted. Alternative title in French in upper margin. This map was drawn in Nuremberg by Tobias Maier and included in the c. 1752 Homann Heirs Maior Atlas Scholasticus ex Triginta Sex Generalibus et Specialibus…. .

Stanford University, Map Collection, Low C 0214
Looking for a high-resolution scan of this?