1817 Thomson Map of Burma and Thailand 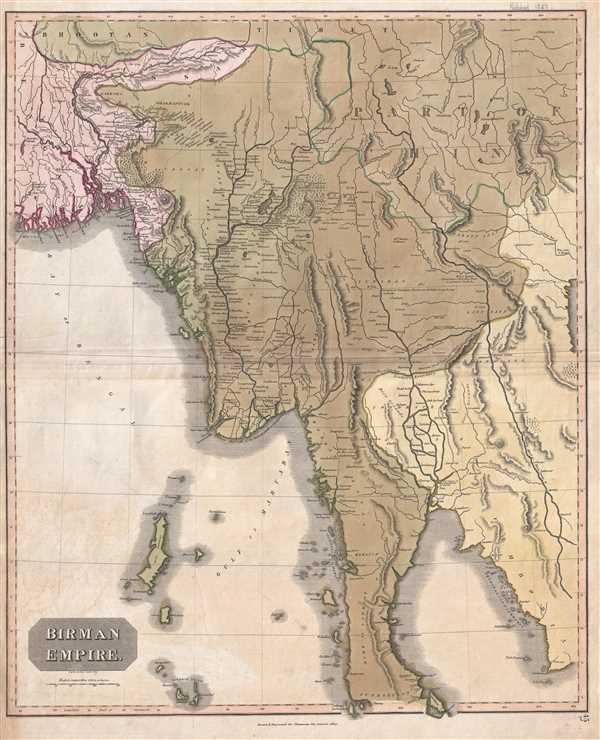 1817 Thomson Map of Burma and Thailand

Thomson's map of modern day Burma and Thailand during a period of Burmese ascendency.

An attractive and uncommon 1817 map of Burma and Thailand (Siam). Centered on Rangoon, this map covers from Bhutan and Assam, eastward as far as Vietnam and the Gulf of Tonkin (Vietnam), and south ward as far as Junkseylon Island (Modern day Phuket). Today these lands are more or less evenly divided between Thailand and Burma, but when this map was drawn Burma, then under loose British control, was enjoying a period of ascendency and included much of modern day Thailand within its borders. Here Burma controls most of the peninsula west of the Gulf of Siam all the way to the Bangkok and the Chao Phraya River. The capital of Thailand, then Ayutthaya, it itself remarkably close to the Burmese border. Still, the map offers much of geographical interest including a detailed and uncommon treatment of the inland river systems and topography.

This map was engraved by John Moffett and his partner Smellie. It was published in the 1817 edition of John Thomson's New General Atlas.