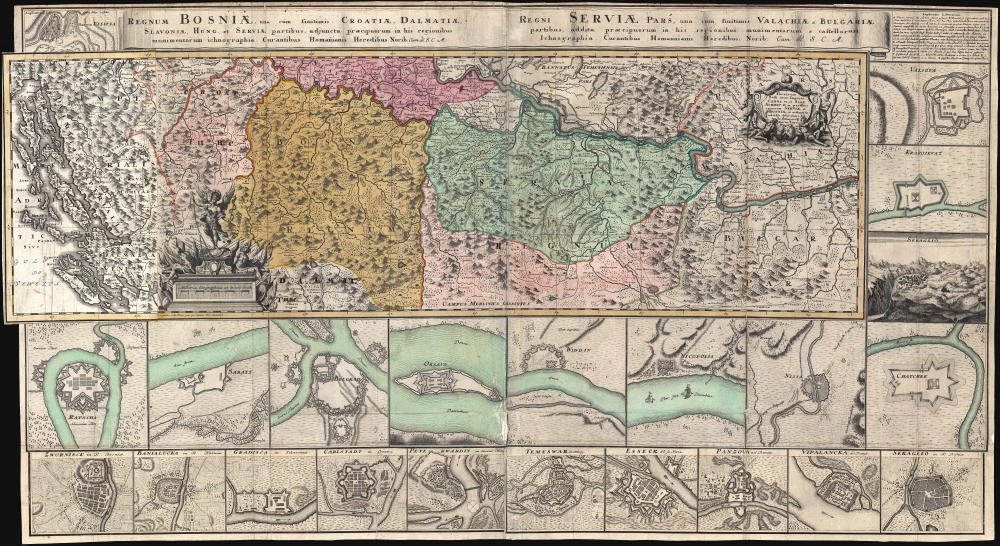 In the long list of conflicts between the Austro-Hungarian Empire and the Ottoman Empire, this war is often barely a footnote. The war was an extension of the Russo-Turkish War (1735 - 1739). Under Hapsburg Charles VI (1685 - 1740) Austria entered the war as an ally of Russia, leading to Austro-Turkish conflicts in the Balkans. Austrian forces proved ineffective against the Turks, despite the fact that the Ottomans were fighting a 2-front war. In the Balkans, Austria lost the Battle of Banja Luka in August of 1737, the Battle of Grocka in July of 1739, and were driven out of Belgrade after an Ottoman siege from July to September 1739. Austria finally signed the Belgrade Peace on September 18, 1739.

Most scholarship dates this map to 1736, however, our research of the events depicted suggest a later date of 1739. Many surviving examples do not have the fold out. This map appears to have been issued separately but is often found bound into various Homann atlases.