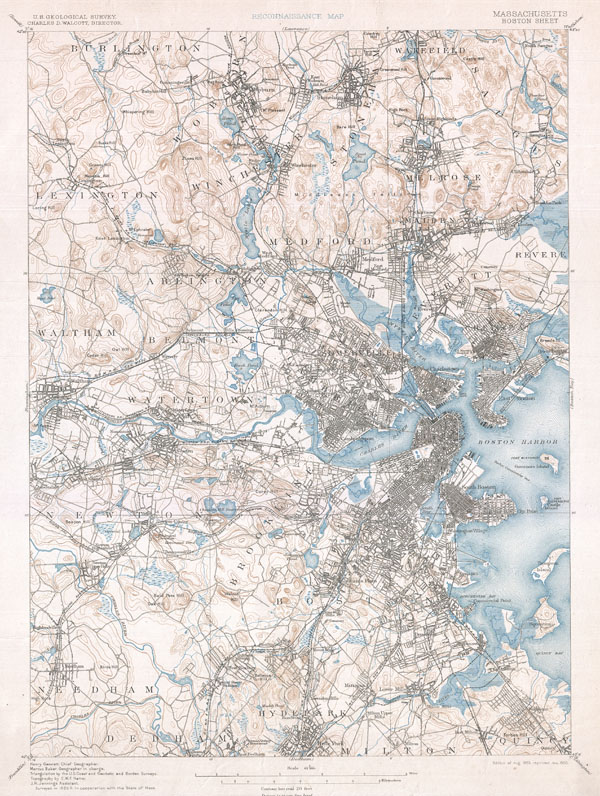 One of the most sought after topographical maps produced by the U.S. Geological Survey. The 1900 edition of the U.S.G.S. Survey Map of Boston and vicinity covers from Burlington to Dedham and from Waltham to Boston Harbor. Offers extraordinary detail to the level of streets and often individual buildings. Includes Boston area communities of Boston, Summerville, Brookline, Chelsea, Cambridge, Newton, Watertown, Belmont, Waltham, Medford, Everett, Revere, South Boston, Quincy, Hyde Park, Needham Malden. Identifies Harvard College and Tufts College, as well as numerous other points of interest. Prepared by Henry Gannett, E.W.F. Natter, J. H. Jennings, and Marcus Baker in 1887.