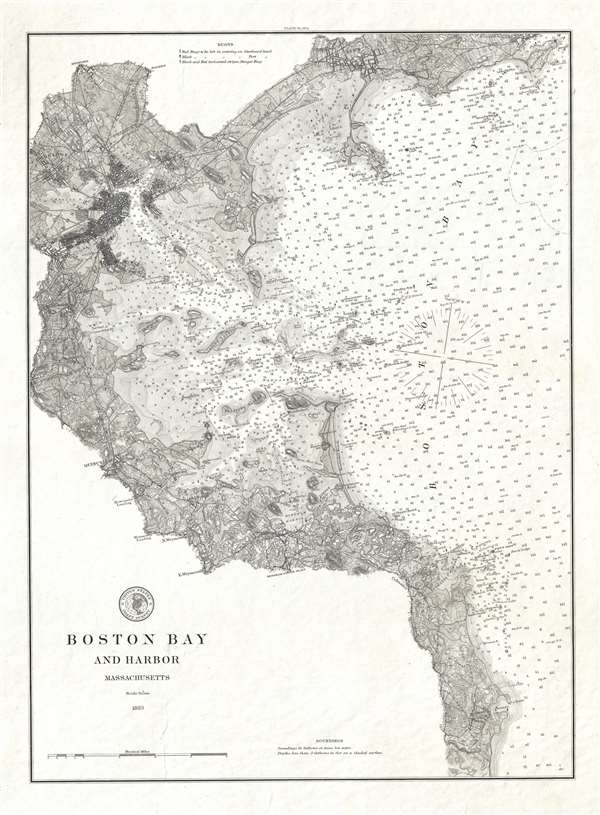 A stunning 1883 U.S. Coast Survey (USCS) nautical chart or maritime map of Boston Bay and Boston Harbor. The map covers from Marblehead to Scituate, and as far west as Cambridge. While the map is primarily a nautical chart with thousands of depth soundings (in fathoms) and shading to illustrate shallows, it also offers spectacular inland detail throughout. Individual streets, important buildings, rail lines, topography, farm fields, and more are apparent throughout and extend about one mile inland, giving evidence to the expanding scope of the Coast Survey as a landside as well as maritime mapping agency.

It is of note that his map is not from the annual Coast Survey Report and is instead a separate issue printed on heavy stock with a visible platemark. This may be a presentation copy or a proof, but in this we are merely speculating. IN any case, this map is very uncommon in both size and presentation and not a map we have seen previously thusly.