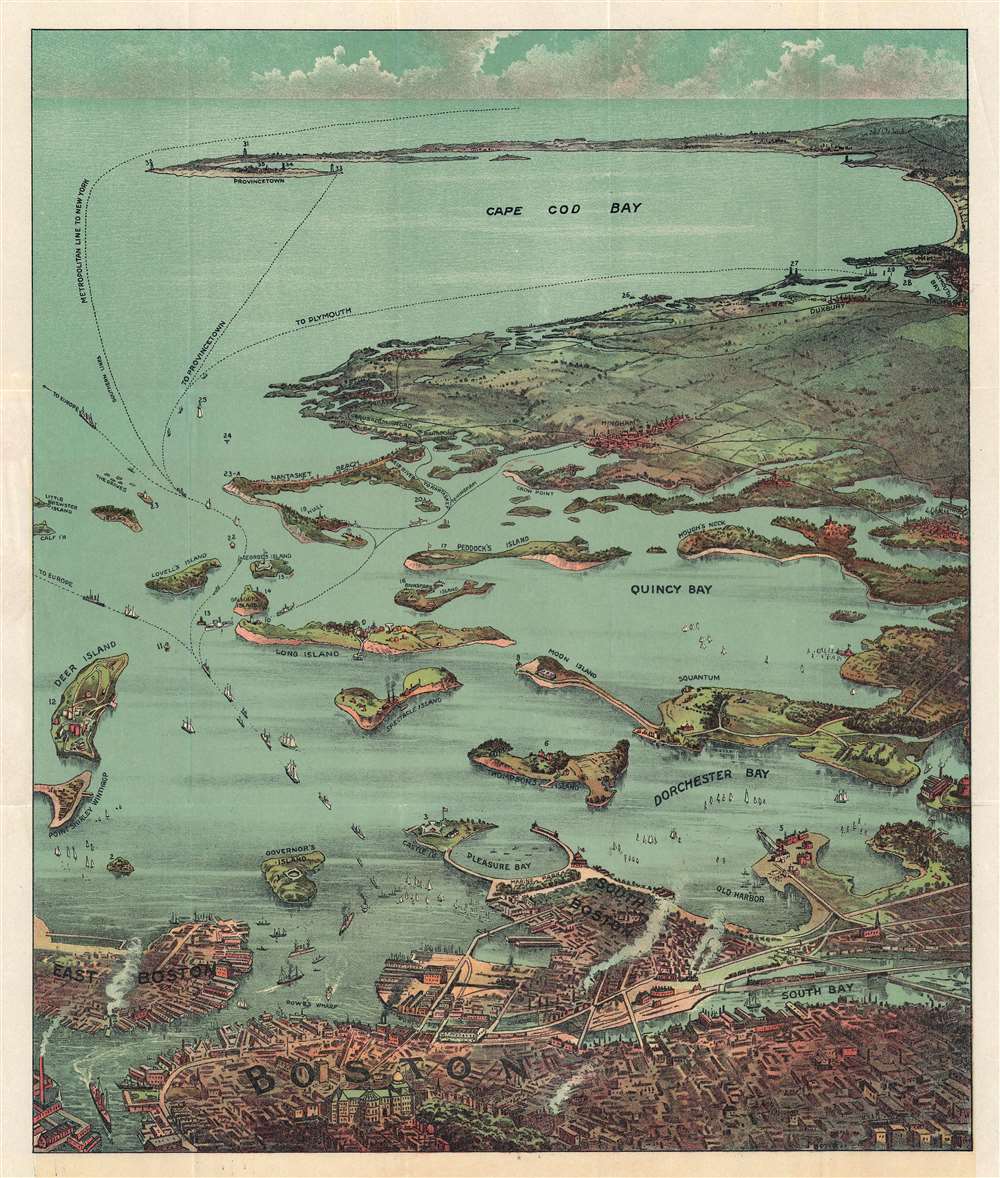 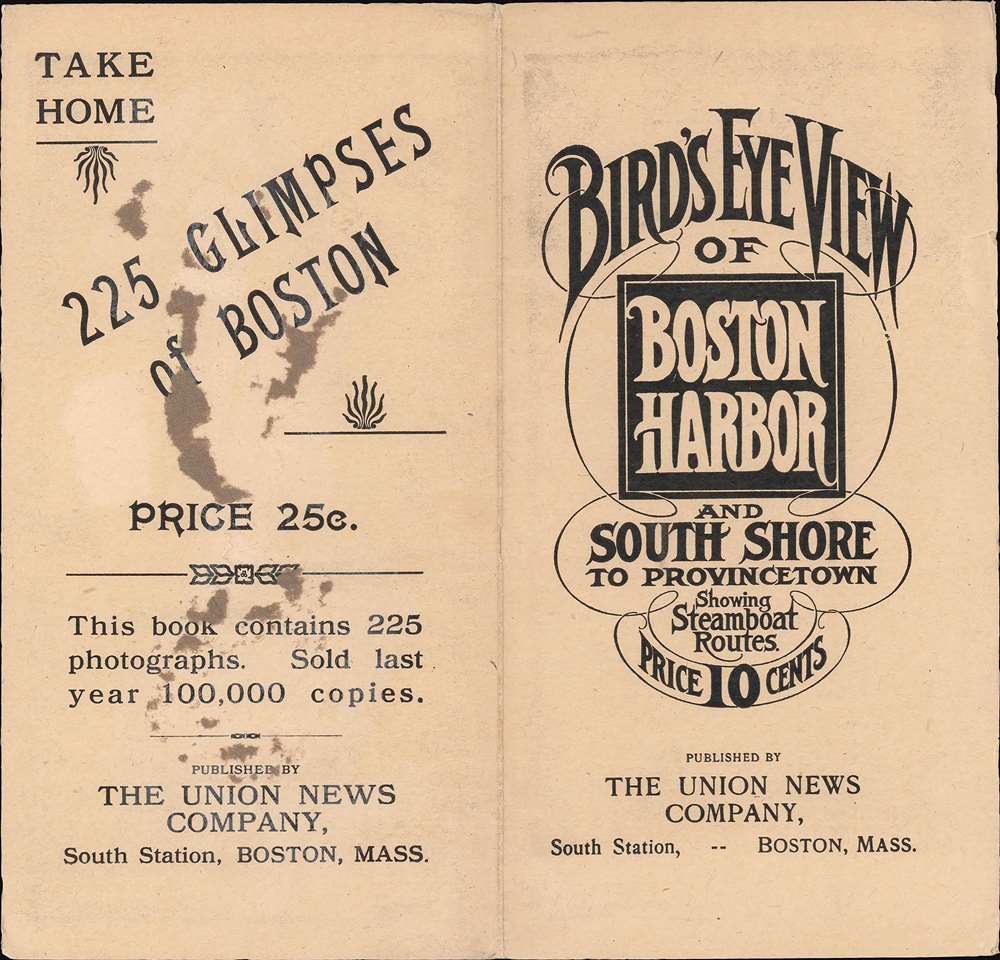 Weekends on the Cape and how to get there.

This is a remarkable c. 1917 chromolithograph map and view of Boston Harbor from Boston to Provincetown published by Union News. Including all of Cape Cod Bay, Quincy Bay, and Dorchester Bay, the cities of Boston, Dorchester, Plymouth, and Provincetown are named, among others. Islands in Boston Harbor are illustrated as well, including Moon Island, Spectacle Island, Long Island, Governor's Island. Ferry and steamboat routes are illustrated and labeled, with lines to Plymouth, Provincetown, and New York. Smoke rises from Boston's many manufactories. Today, such are construed as pollution and urban defilement, but when this view was printed busy smokestacks were indicative of commercial prosperity and industrial optimism.