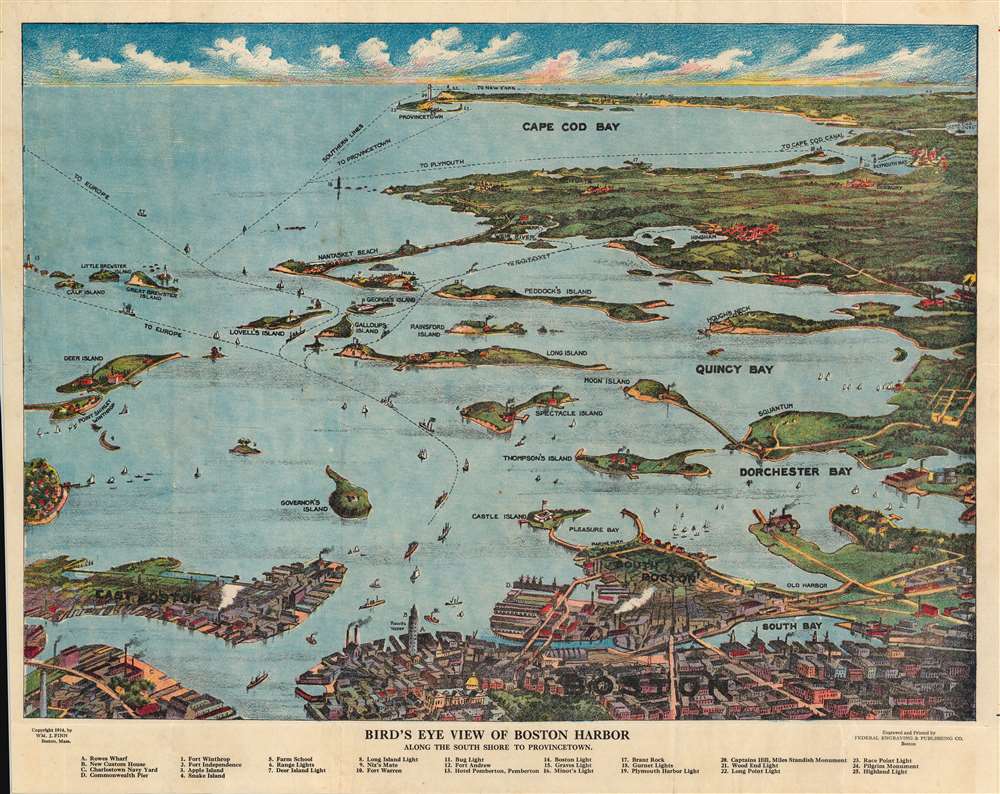 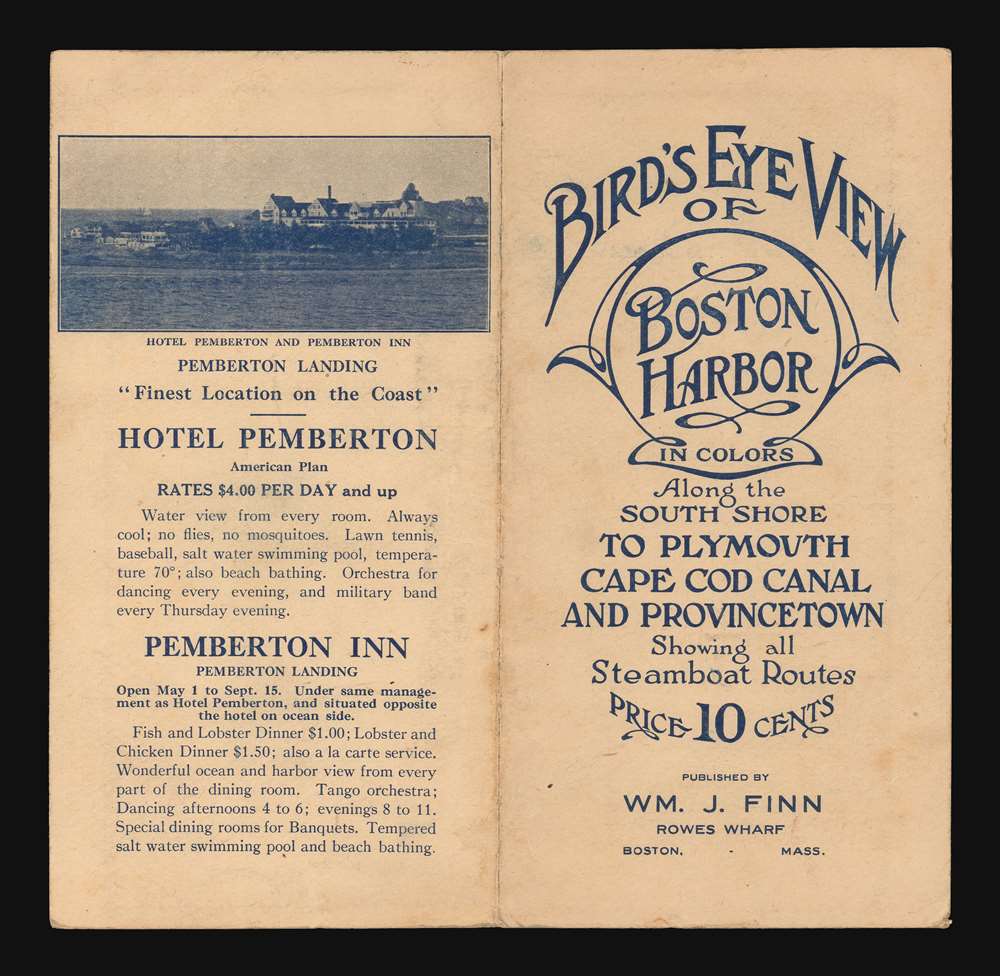 From Boston to Cape Cod.

This is a 1914 William J. Finn chromolithograph bird's eye view of Boston Harbor from Boston to Provincetown. This view was drawn and published for sale to steamship passengers at the Union News stands at the Rowes Wharf steamship terminal, which serviced the Nantasket Line. All of Cape Cod Bay, Quincy Bay, and Dorchester Bay are depicted, including the communities of Boston, East Boston, South Boston, Dorchester, Quincy, and Hough's Neck, Mingham, Nantasket, Duxbury, Cohasset, and Scituate. Numerous islands in Boston Harbor are illustrated and labeled, including Moon Island, Spectacle Island, Thomson's Island, and Governor's Island. Ferry and steamboat lines are also labeled. Twenty-five locations throughout the region are numerically labeled and correspond with an index situated along the bottom border. Four additional locations are labeled alphabetically, which are also included in said index.

This view was drawn and copyrighted by William J. Finn for the Union News Company. It was engraved and printed in 1914 by the Federal Engraving and Publishing Company. This is the earliest edition we are aware of and while it does not substantially differ from later states in terms of content, it is noticeably brighter and more beautiful, suggesting that the plate may have degraded in later printings. Cartographically, this map is based upon the late 19th century views of John Murphy.

Very good. Wear along original fold lines. Blank on verso. Accompanied by original binder.
Looking for a high-resolution scan of this?