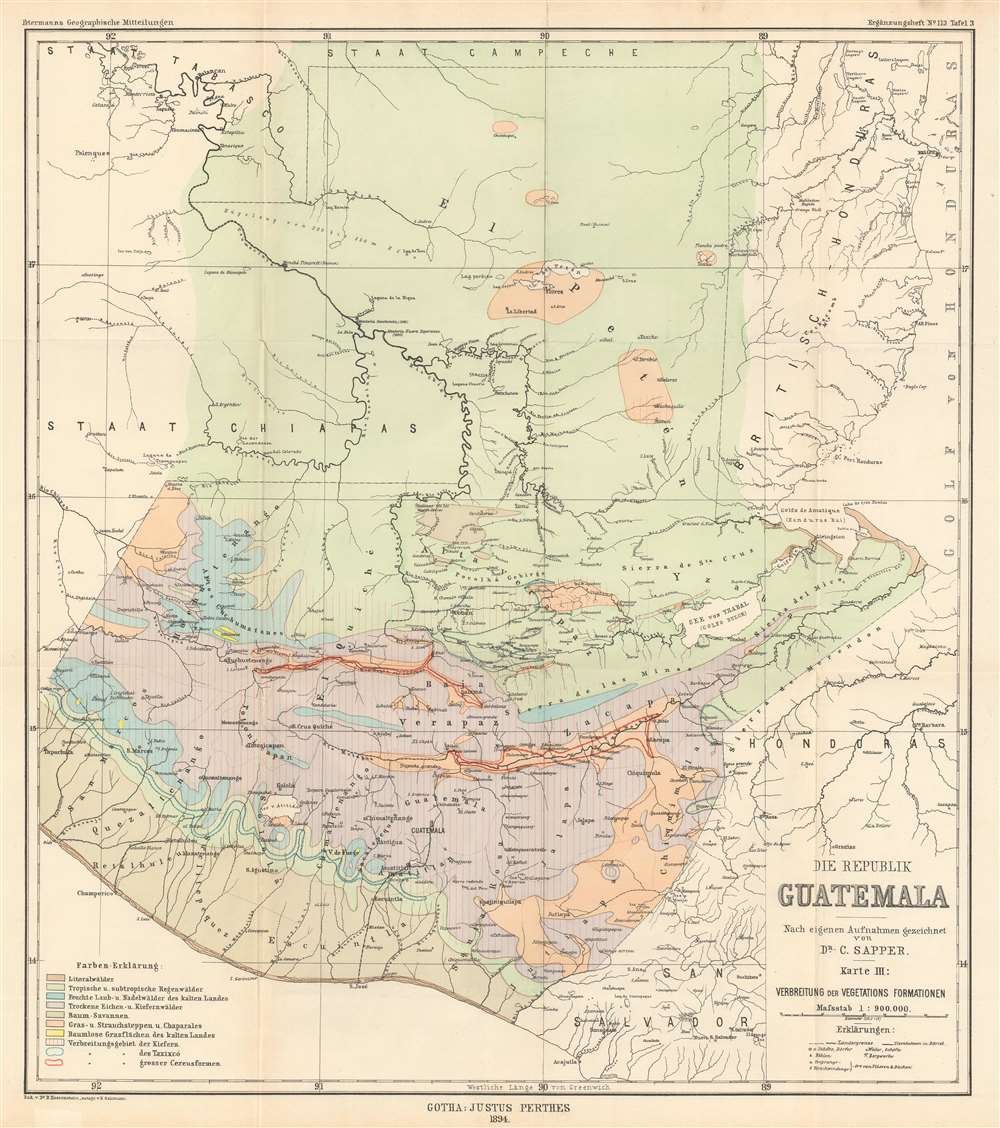 A fascinating botanical map of Guatemala.

This is an 1894 Bruno Hassenstein vegetation map of Guatemala. Hassenstein uses colors to differentiate between zones, allowing a viewer to easily discern Guatemala's incredible botanical diversity. These colors represent ten different botanical zones, including littoral forests, tropical and subtropical rainforests, damp deciduous and coniferous forests, dry oak and pine forests, tree savannas and grass and shrub steppes and chaparrals. The final three focus on the distribution of pine trees, Taxisco (Taxixcó) trees (a tree indigenous to Guatemala), and large Cereus, a genus of cacti. Aside from this fascinating botanical content, cities and towns throughout Guatemala are identified, as are rivers and lakes.

This map was created and drawn by Bruno Hassenstein, engraved by H. Salzmann, and published by Justus Perthes in an 1894 edition of Petermanns Geographische Mitteilungen. The OCLC records only one example, which is part of the collection at The British Library.