1721 De Wit Map of Brabant (Part of Holland and Belgium) 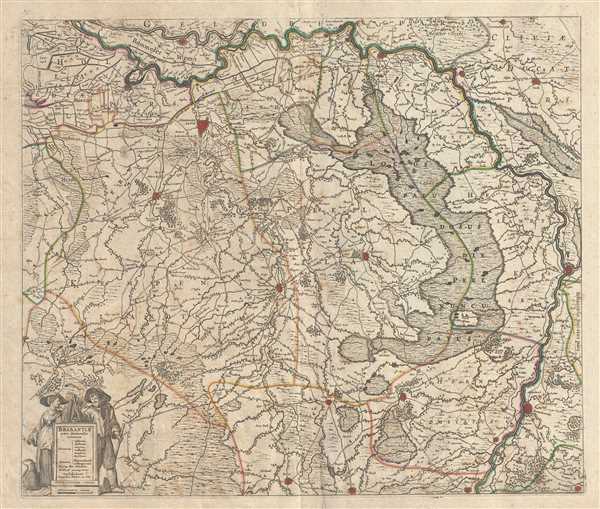 1721 De Wit Map of Brabant (Part of Holland and Belgium)

Beautiful map of Brabant, part of modern day Belgium and the Netherlands.
$300.00

This is an attractive c.1721 map of the Duchy of Brabant by Frederik De Wit. The map depicts part of modern day Belgium and the Netherlands, which were at the time this map was made, part of the Duchy of Brabant. It extends from Turnhout in modern day Belgium east to Venlo, Netherlands and from Zaltbommel near the Waal south as far as Maaseik. The entire region is depicted in extraordinary detailed, offering both topographical and political information, with forests and mountains beautifully rendered in profile.