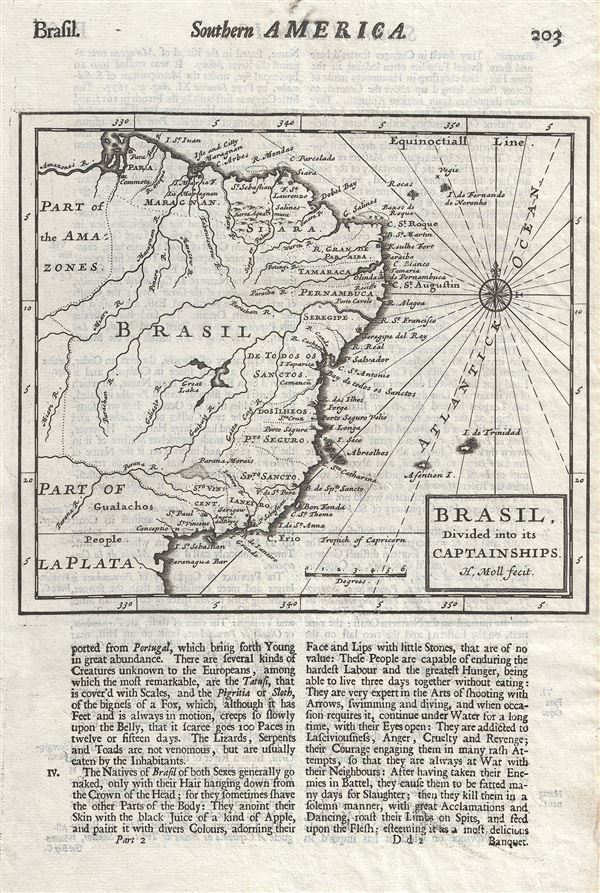 Though by this point in history, the general outlines of South America are well established by regular circumnavigations of the continent, the interior is entirely speculative. The map notes several towns, cities, lakes and rivers throughout, with beautifully rendered mountain ranges. This map was issued in Herman Moll's 1701 System of Geography.