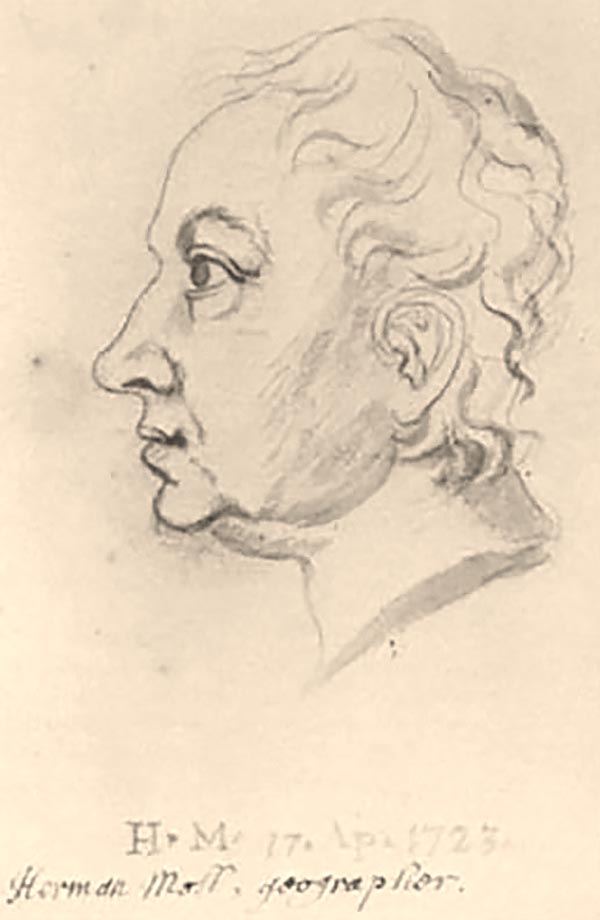 1732 Grierson and Moll Map of North America - the Codfish Map