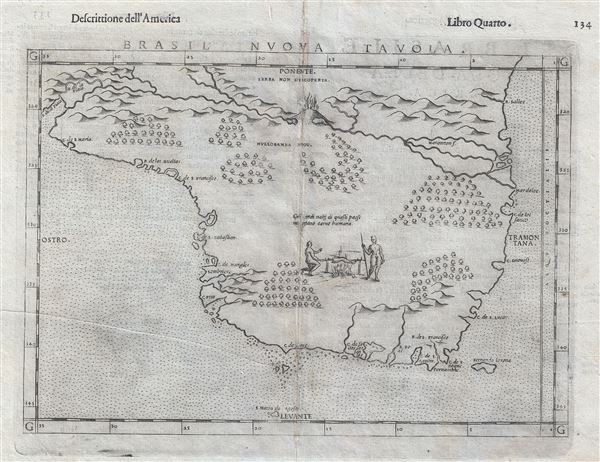 One of the earliest obtainable maps of Brazil and among the first to depict an image of Cannibalism.

Printed in 1574 by Girolamo Ruscelli, this is one of the earliest obtainable maps of Brazil. The map is oriented to the west and covers from the Rio de la Plata to the mouth of the Amazon (Maranon) River. Little other detail of the interior is given with the exception of an impressive volcano at the heart of the continent.

The map's most striking feature is the dramatic illustration of two cannibals roasting a human leg. The caption above the vignette reads Gli indi natij di questi paesi mangiano carne humana or 'The Indians native to these countries eat human meat.'