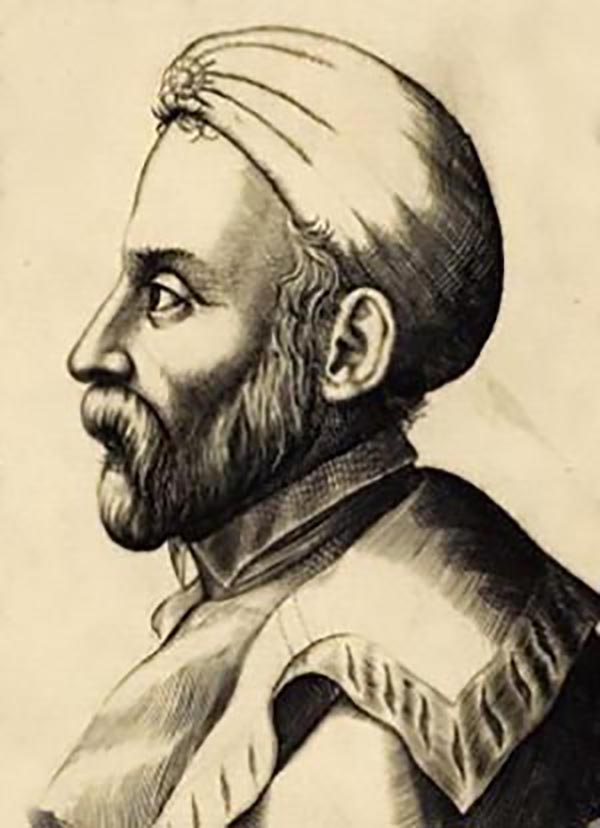 Girolamo Ruscelli (1500 - 1566) was an Italian polymath, humanist, editor, and cartographer active in Venice during the early 16th century. Born in Viterbo, Ruscelli lived in Aquileia, Padua, Rome and Naples before relocating to Vencie, where he spent much of his life. Cartographically, Ruscelli is best known for his important revision of Ptolemy's Geographia, which was published posthumously in 1574. Ruscelli, basing his work on Gastaldi's 1548 expansion of Ptolemy, added some 37 new "Ptolemaic" maps to his Italian translation of the Geographia. Ruscelli is also listed as the editor to such important works as Boccaccio's Decameron, Petrarch's verse, Ariosto's Orlando Furioso, and various other works. In addition to his well-known cartographic work many scholars associate Ruscelli with Alexius Pedemontanus, author of the popular De' Secreti del R. D. Alessio Piemontese. This well-known work, or "Book of Secrets" was a compilation of scientific and quasi-scientific medical recipes, household advice, and technical commentary on a range of topics that included metallurgy, alchemy, dyeing, perfume making. Ruscelli, as Alexius, founded a "Academy of Secrets," a group of noblemen and humanists dedicated to unearthing "forbidden" scientific knowledge. This was the first known experimental scientific society and was later imitated by a number of other groups throughout Europe, including the Accademia dei Secreti of Naples.

1561 Ruscelli Map of Cuba, Jamaica, the Caymans and Haiti

1599 Ruscelli map of the World According to Ptolemy

1574 Ruscelli Map of Mexico, California, Florida and the Gulf of Mexico